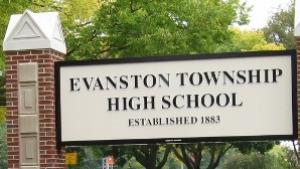 Evanston Township High School District 202 board secretary William Stafford clarified Thursday the votes taken by the board late Monday night pertaining to the two-year extension of the contract of Superintendent Eric Witherspoon.

According to Stafford, the special meeting called to consider the superintendent’s contract began at 7 p.m. and immediately went into closed session for discussion of personnel matters.

The board emerged more than three hours later to conduct the rest of the meeting in open session, where official votes can be taken.

At that time, according to Stafford, the board took three votes to reach consensus on the length of the contract extension.

The first vote was on a motion to extend the contract for three years, or to June 30, 2018. On that motion, Bill Geiger, Mark Metz, and Pat Savage-Williams voted in favor, while Jonathan Baum, Doug Holt, Scott Rochelle, and Gretchen Livingston voted against.  Thus, the motion failed.

The second vote was for a one-year extension, to June 30, 2016. Only Baum voted in favor, while the rest of the members voted against.

A third motion was made to extend the contract for two years, to June 30, 2017. That motion passed with only negative votes from Geiger and Metz.

Having agreed to the date of the contract’s expiration, the board then voted unanimously to approve the superintendent’s contract that now contained an expiration date of June 30, 2017.

Therefore, Stafford said, there was no disagreement on whether to extend the contract; only the length of the extension.

The school made the results known in a news release Wednesday afternoon, in which it referred to the final vote as being unanimous.

All the votes, Stafford emphasized, were taken during the open meeting. He said he was not present at the closed session.