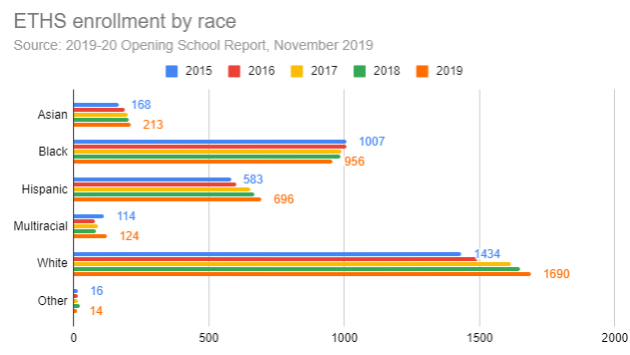 Enrollment at Evanston Township High School has reached the highest level in 30 years according to a report presented to the District 202 School Board this week.

Carrie Levy, director of research, evaluation and assessment, said enrollment of Hispanic students at 18.8% is now proportionately the highest in the school’s history. It was 17.55% in 2015-16.