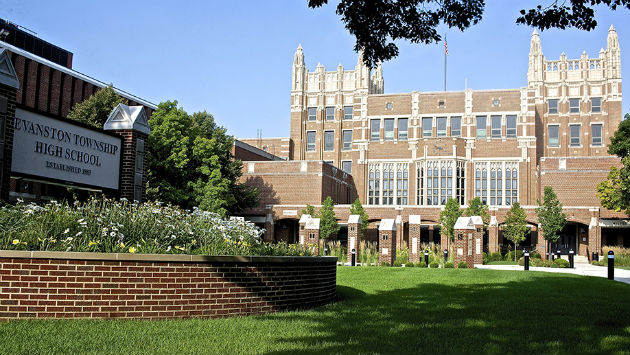 The number of students at Evanston Township High School has basically not changed since the last school year when learning was mostly remote, while enrollment at the elementary/middle school feeder system, District 65, continues to drop.

A report to be presented at Monday’s District 202 Board of Education meeting shows that ETHS has 3,728 students in grades 9-12 in 2021-22, described as “the second highest enrollment over the last thirty years.”

The highest was last year, where there was all of one more student at the high school. However, ETHS enrollment has grown by 161 students since the 2017-18 school year.

By comparison, K-8 enrollment in Evanston/Skokie District 65 is 6,546 so far this year, a drop of 6% versus 2020-21. Even if you add in preschool and special programs such as Rice School, District 65 enrollment still shows a 2.5% reduction.

That continues a downward enrollment trend in District 65 over the past several years, although officials are predicting the number will go back up somewhat by the time this school year ends.

It’s unclear why District 65 is losing students while District 202 is not. There appeared to be more controversy in D65 last year over remote versus in-person learning and curriculum content, and there may also be more alternatives for elementary and middle schoolers, such as parochial and private institutions, along with homeschooling.

However, the downward trend at District 65 began long before the coronavirus pandemic.

Meantime, the District 202 board will also hold a public hearing Monday night on a proposed property tax levy increase.

The administration is calling for a 2.98% hike, which Chief Financial Officer Mary Rodino says will add $65 a year in property taxes for the owner of a $400,000 house.

Tax levies are based on a complicated and often confusing formula. There is a link and a cap based on the consumer price index, but there is the chance to go somewhat above the CPI.

Rodino says this year’s CPI is 1.4%, but the district can go higher, in this case to 2.98%, because there will be newly assessed property which comes on line during the year whose value is not included yet.

Rodino says the 2.98% rate is requested to “to ensure we capture the entire levy amount due plus any new property.”

She says “this is very similar to the strategy that almost all school districts use to capture the additional dollars.”