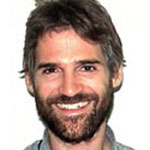 Thanks to an alert reader, we've learned that one of the Pulitzer prize winners announced earlier this week is an Evanston Township High School graduate.

Jeffrey Gettleman, a reporter for the New York Times, won the prize for what the Pulitzer board described as "his vivid reports, often at personal peril, on famine and conflict in East Africa, a neglected but increasingly strategic part of the world."

Gettleman graduated from ETHS in 1989 and last year told an interviewer for the student newspaper at Cornell University, where he received a bachelor's degree in Philosophy, that when a professor suggested journalism to him as a career, he thought "that was the dumbest idea I had heard. Who wants to work for a boring newspaper?”

Gettleman now lives in Nairobi, Kenya, with his wife and two sons.

Another of this year's Pulitzer winners, John Sullivan, is on the journalism faculty at Northwestern University.