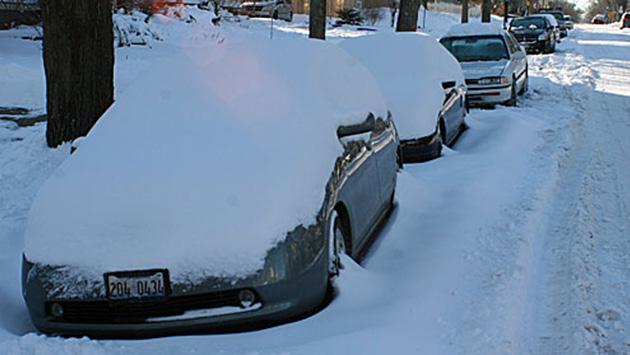 Evanston Township High School officials changed their minds overnight and decided to close the school today because of the the storm that is expected to dump 8 inches or more of snow on the city.

Most other schools in the area, including Evanston/Skokie School District 65, announced Thursday afternoon or evening that they would be closed today.

ETHS had previously planned to just have a late start to classes today.

The National Weather Service has issued a winter storm warning for the area that will remain in effect until noon today.

Shortly before dawn it appeared that about four inches of snow has already fallen in Evanston, and the weather warning indicates we could get a similar amount of additional snow before the storm ends.

Northwestern University has announced that it will be open and classes will be held as normal today. But the school is urging students, faculty and staff “to use their judgment” about weather conditions when deciding whether to travel to campus.