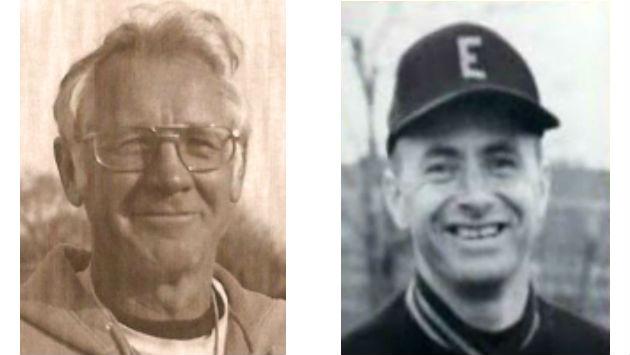 He also brought lacrosse to Illinois, introducing it as a spring intramural sport in 1959. He is a member of six Halls of Fame including the Illinois Football Coaches Association, Illinois Athletic Directors, the Chicagoland Sports and the ETHS Athletic Hall of Fame to name a few.

Funeral arrangements for Lazier are being handled by Hitzeman Funeral Home in Brookfield.

McGonagle taught and coached at ETHS from 1955 to 1989, primarily serving as the varsity head baseball coach and head boys soccer coach where he accumulated the most wins by any coach in ETHS history, 727, while also winning the state championship in summer baseball and three state championships in boys soccer.

He introduced soccer to the school in 1959.  He is a member of five Halls of Fame including the Illinois High School Baseball Coaches Association, Illinois State Soccer Coaches’ Association and Royalton Minnesota High School.

A casual gathering to celebrate McGonagle’s life will be held on Saturday, June 9, with an open house from 11 a.m. to 2 p.m. at the Wheatstack Restaurant on River Bend Golf Course, 5900 S. Rte 53 in Lisle. Contributions in his memory may be made to the Evanston Township High School Educational Foundation or the Alzheimer’s Association.