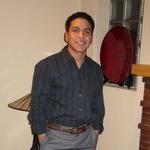 A senior at Evanston Township High School is one of 1,000 high school students in the nation to win a scholarship funded by the Bill and Melinda Gates Foundation that will pay for his college education at any U.S. accredited college or university of his choice.

The student, Shamir Villeda, was named a Gates Millenium Scholar "for his exceptional leadership, community service, and academic achievements."  Some 24,000 students nationwide applied for the scholarship, which also provides resources for academic support and continued leadership development.

The goal of the Scholars program, established in 1999 with a $1 billion grant from the Gates Foundation, "is to promote academic excellence and to provide an opportunity for outstanding minority students with significant financial need to reach their highest potential," according to the organization's website.

Not only do Millenium Scholars receive a "good-through granduation" scholarship, but funding is also available for graduate school work in the areas of computer science, education, engineering, library science, mathematics, public health, or science.

Villeda fled from Guatemala to the United States in 2006 after his parents were killed by a Guatemalan gang.

He became an ETHS student in 2008 when he moved to the Evanston home of his foster parents, Stephanie Russell and Alan Lindquist. Despite the fact that he spoke no English, he enrolled as a freshman at the high school and began volunteering with local community organizations.

ETHS Community Service Coordinator Mary Collins nominated Villeda for the GMS award after getting to know him through his volunteer efforts. He plans to attend the University of Illinois in the fall in the College of Business.