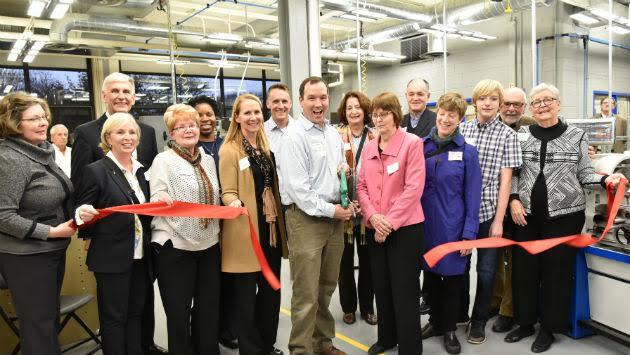 Evanston Township High School held an open house and ribbon-cutting Tuesday to showcase its renovated Advanced Manufacturing Lab that is designed to give its students a head start in capitalizing upon a renewed interest in manufacturing in the United States.

According to Market Watch.com, "escalating wages in traditionally lower-cost countries, including China, have pushed companies to reconsider sourcing strategies."

The upshot is that new manufacturing jobs in the United States are now exceeding the movement of jobs from the U.S. to other countries.

In remarks before the official ribbon-cutting, Superintendent Eric Witherspoon and Evanston Mayor Elizabeth Tisdahl noted that in today’s economic environment, it is more important than ever for high school students to obtain the very finest education in order to cope with a changing world that presents students with multiple career opportunities. 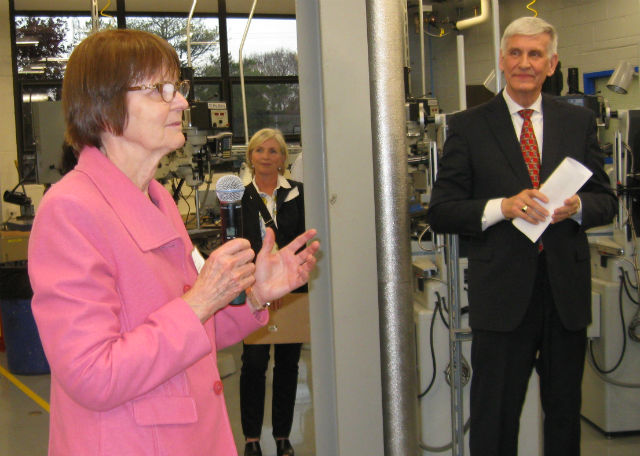 Witherspoon noted that many high schools scaled back or eliminated their manufacturing labs years ago, as American companies began sourcing their goods in China. But ETHS resisted that trend, he said, which puts the local high school at an advantage over other schools in producing candidates for a rising number of manufacturing jobs in this country.

The bulk of the costs to complete the renovation came from donations solicited by the school’s educational foundation, which raised about $450,000 from successful alumni and Chicago-area manufacturers that are facing a difficult labor market due to fast-changing technology.

One of the students, junior Han-Ray Jahn, said he hopes his education at ETHS will help him to pursue a degree in naval architecture and design. 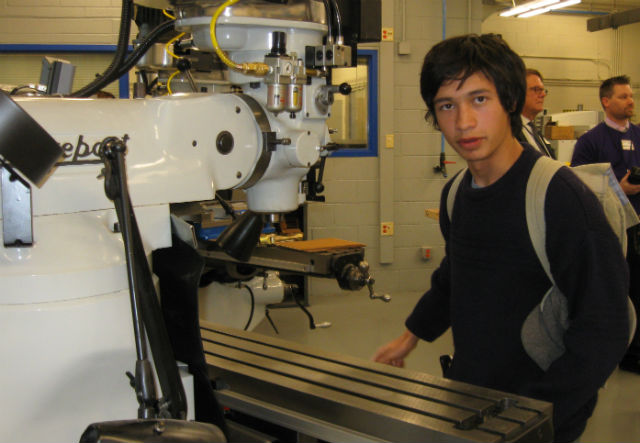 Becky Tuchscherer, group president of ITW Welding of Appleton, Wis., one of the corporate contributors to the renovation, declared that “we need more people in the manufacturing environment” and assured the students in the audience that there are “fantastic jobs in manufacturing.”

And Tom Ward of Evanston’s Ward Manufacturing added: “We need people to be good at this stuff.”