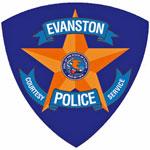 A 17-year-old Evanston Township High School student was struck by a car shortly before 1 p.m. today as he was riding his bicycle near the south driveway entrance to the school, according to Evanston police.

The biker was riding northbound on Grey Avenue, police said, when he drove across the parkway into the path of a car driven by a 50-year-old woman, who was traveling westbound on Lake Street.

Cmdr. Joseph Dugan said the youth suffered injuries not considered to be life-threatening and was transported to Evanston Hospital for treatment.

Both the biker and the motorist were cited for failure to yield the right of way, Dugan said.