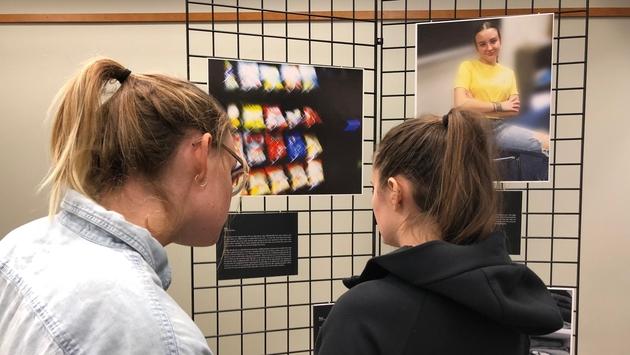 The photographs are as diverse as the photographers.  Five students from around the world all studying at ETHS participated in an art project, called photovoice, learning how to how to speak through art. 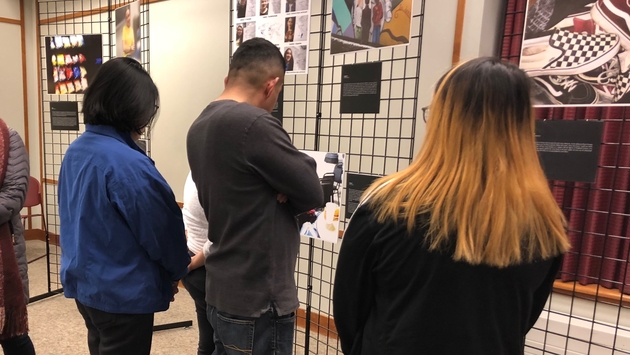 The PhotoVoice Project was unveiled Tuesday night at the main branch of Evanston Public Library. The photos will remain up on the second-floor landing until the end of the month.

The exhibit entitled Exceptional Voices is a collaboration between a number of organizations including KIDS Global Network, Evanston Township High School Students Without Borders Club and the Evanston Public Library. 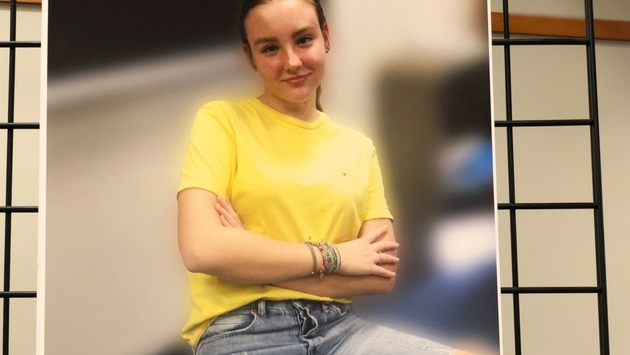 The students tackled the topic of immigration and identity by creating photo essays. The group has been working on the project since November. The photographs are accompanied by a short essay to explain the significance of the images. 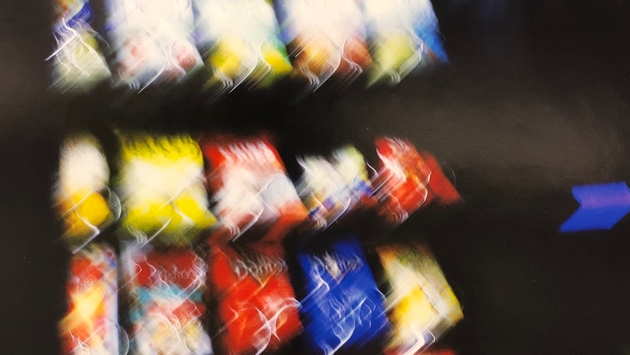 The student’s work includes some portraits, and more surprising subjects like snacks in a vending machine, and a pile of sneakers. 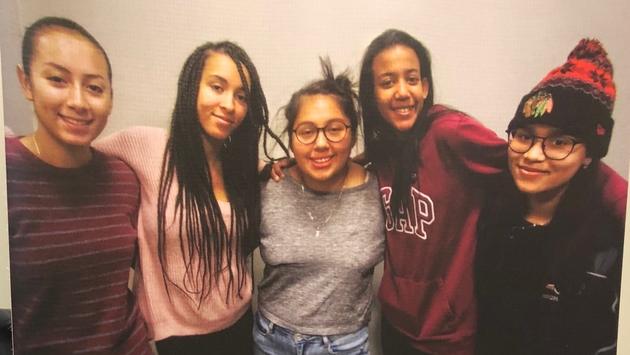 The head of Kids Global Network, Ann Covode, spearheaded the project. She says she hopes to do something similar at an Evanston middle school as well.