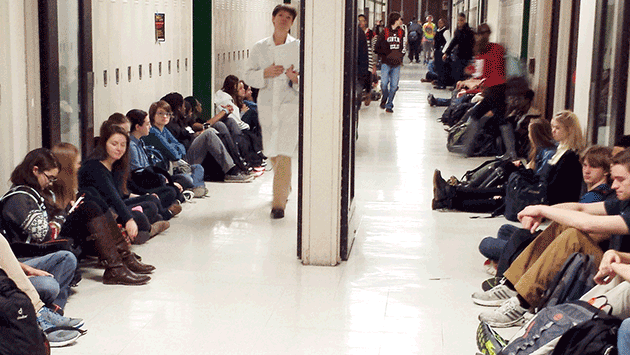 Evanston Township High School officials say most students, teachers and staff took part in a student-led demonstration this morning over incidents in which police have killed unarmed civilians they were trying to arrest.

The sit-down demonstration occurred during a passing period between classes. It lasted four-and-a-half minutes to symbolize the four-and-a-half hours that Michael Brown's body was left on a Ferguson, Mo., street after he was shot to death by a police officer.

School officials quoted a demonstration organizer, senior Jordan Rosen-Kaplan, as saying the silence during the passing period, normally a time of chaos and loud noises, would provide a space for students to feel their emotions and be reflective.

"These recent tragedies have made ongoing and underlying problems of racism in America highly visible.” Rosan-Kaplan was quoted as saying. 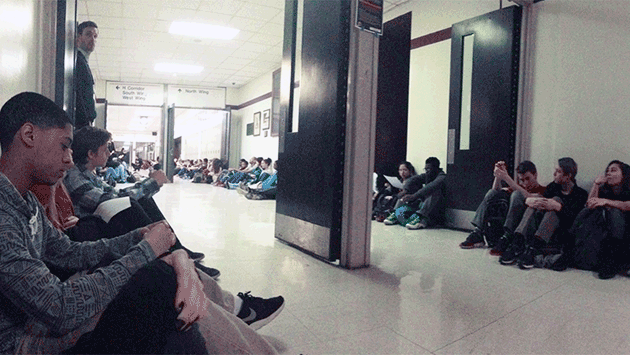 A flier promoting the event said, "Discrimination exists, in Ferguson, in New York, in Evanston. It's not just a 'black' issue, it is a human one."

After the demonstration, ETHS Assistant Suprintendent Marcus Campbell said, "I couldn't be more proud of our students. They were reflective, respectful and responsible as they showed solidarity with the protests that are happening all over this country."