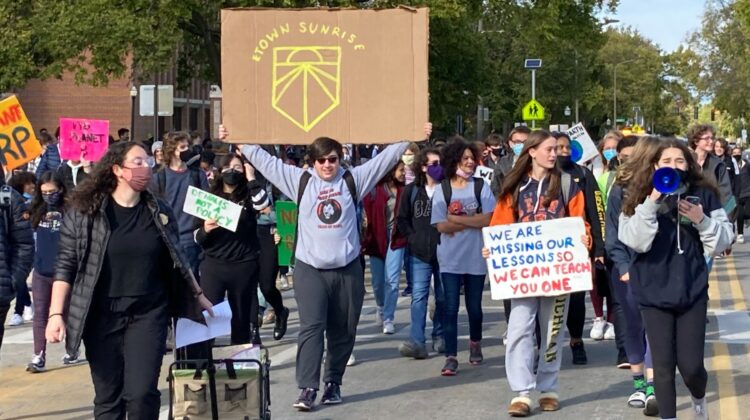 More than 200 Evanston Township High School students walked out of the building 90 minutes early on Friday afternoon to dramatize what they say is an urgent need to combat climate change, both across the globe and here in Evanston.

Chanting “Hey hey, ho ho, climate change has got to go,” the students then set off for a downtown rally at Fountain Square.

The protest was organized by the student group ETown Sunrise. 12th grader Lily Aaron, who headed up the demonstration, told the crowd, “now and every day, we need to remind our elected officials that we are not going to be sidelined.”

Emmet Ebels-Duggan, an 11th grader and Sunrise member, said it’s important for young people to try to have an impact on their communities.

“Climate change is a reality, here and now,” he said, a reality which cannot be ignored when we see huge storms, droughts, forest fires, and other environmental disasters in the news almost daily. 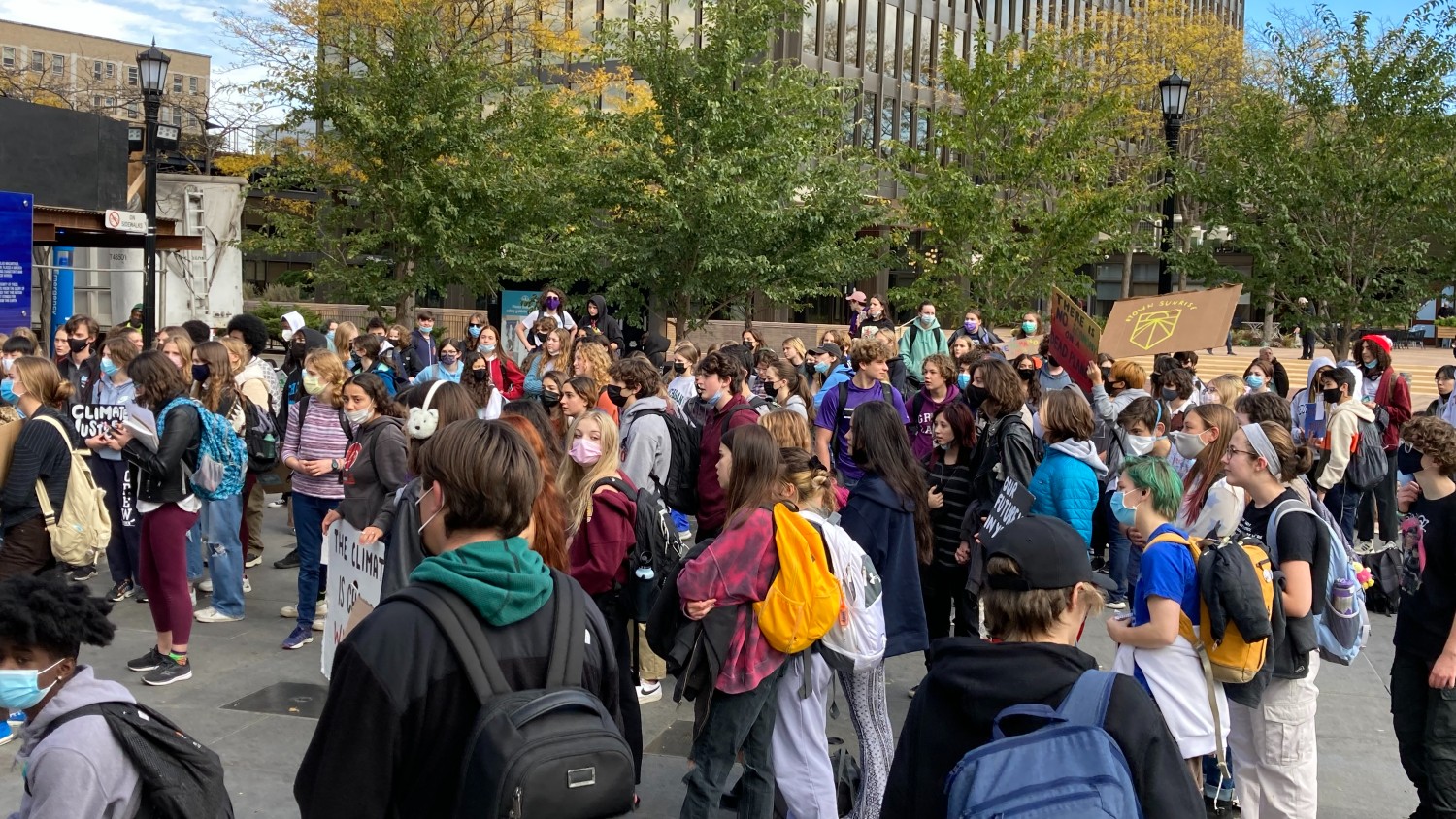 One local demand the students made was for the city to fully implement its Climate Action and Resilience Plan (CARP), which calls for carbon neutrality and zero generated waste by 2050.

4th Ward Alderman Jonathan Niuewsma, whose environmental platform helped him get elected, told the crowd at the Square that “climate action is more than just hugging trees and putting solar panels on the roof.”

Nieuwsma said climate action “has to infuse our thoughts and actions on every level,” from transportation and housing to social justice.

The alderman said the next thing City Council needs to do is to draw up a specific road map on how to meet the broad goals of CARP.

The city administration has proposed spending $1 million in federal COVID relief dollars towards CARP goals in 2022. Niewsma has proposed increasing that to $1.5 million.

But he also noted that the COVID relief money is only a short-term infusion of cash, and the city’s budget needs to be prioritized over the next 20 years to focus on climate change.

For the student protesters, those next 20 years will be when they begin careers, or families, and face the climate issues today’s adults will have left them.

“It becomes more of a personal issue for people who still have 60-to-70 years to live with those consequences,” noted Ebels-Duggan. “But everyone,” he said, “should be involved.”