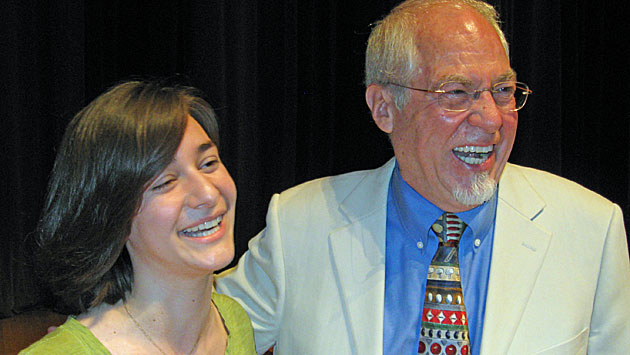 Some 20 years ago, a dozen Evanston men got together on a monthly basis to read and discuss short stories. One of the group was Bruce Mitchell, a retired English teacher from Evanston Township High School.

Last year his fellow short story enthusiasts suggested to him that they all chip in to provide a monetary award to an ETHS student who shows promise as a writer of short stories.

The upshot was the Bruce E. Mitchell Award for Short Story Writing, with a stipend for the winner of $600. The first recipient of this award was named yesterday afternoon at the English Department’s annual Pen & Press Tea. The winner was Lauren Cooper, a junior.

More than 70 entries were received in the competition. In a blind judging, where the name of the author is withheld, a group of ETHS English teachers had winnowed the entries down to six, which the Evanston Men’s Short Story Club read and discussed at their regular meeting earlier this month. After discussion, they agreed upon the winner and they designated Mitchell to present the check to Cooper.

More than 100 students received recognition at the Pen & Press Tea yesterday, most of them seniors. 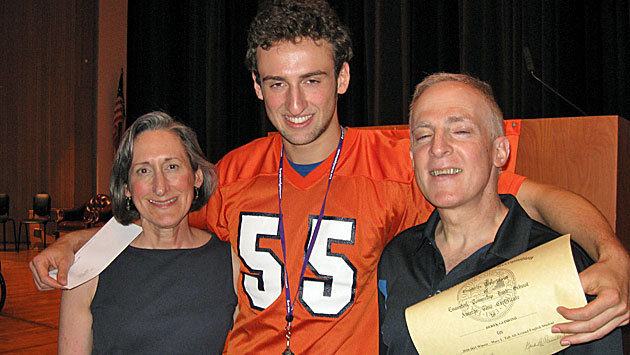 Derek Guimond is congratulated by his parents.

Capping the afternoon was an award to the senior designated by the faculty as the “Best All Around English Student,” an award that went to Derek Guidmond, who also won a national award from the National Council of Teachers of English.