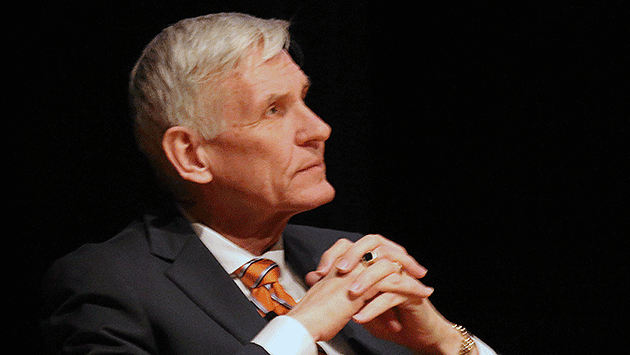 Eric Witherspoon, superintendent of Evanston Township High School District 202 since July 2006, has announced that he will retire at the end of the 2021-22 school year.

The district’s Board of Education will approve the notice of retirement at its meeting Monday night.

Before coming to Evanston, he was a school superintendent in Iowa and Indiana. He was named Iowa Superintendent of the Year in 2001-02. During his tenure at ETHS, Witherspoon received several contract extensions by unanimous votes of the Board of Education.

“ETHS and the Evanston community have been so fortunate to have Dr. Witherspoon as our superintendent for the past 16 years,” said School Board President Pat Savage-Williams. “His leadership, his compassion, and his positive impact on ETHS have set the tone for this amazing school district. It has been an honor for the Board of Education to work alongside Dr. Witherspoon. He is incredibly dedicated to our students, staff, and community.”

Witherspoon led the de-tracking and restructuring of the freshman experience and the earned honors model that increased rigor and expectations for all ETHS students. Academic performance increased and enrollment in Advanced Placement courses grew, particularly among students of color.

With all students in Illinois taking the ACT until recently, ACT results at ETHS reached the highest in the history of ETHS for nine consecutive years.

With a focus on career and college readiness, opportunities for students have expanded to prepare them for life after high school. ETHS has also invested in alternative school and therapeutic day school programs to increase student success in supportive settings while reducing obstacles to progress.

With an increase in academic achievement and graduation rate under Witherspoon’s leadership, ETHS has been recognized by U.S. News and World Reports and The Washington Post as ranking in the top 2-3% of all ranked high schools in the nation. The College Board also named ETHS one of the eight Inspiration Schools in America.

The district has annually won the top national budget and accounting awards and receiving the coveted AAA bond rating.

The school board is expected to choose Witherspoon’s successor this fall. Witherspoon will assist in the transition until his retirement takes effect in June.

Witherspoon plans to remain in Evanston after leaving office.