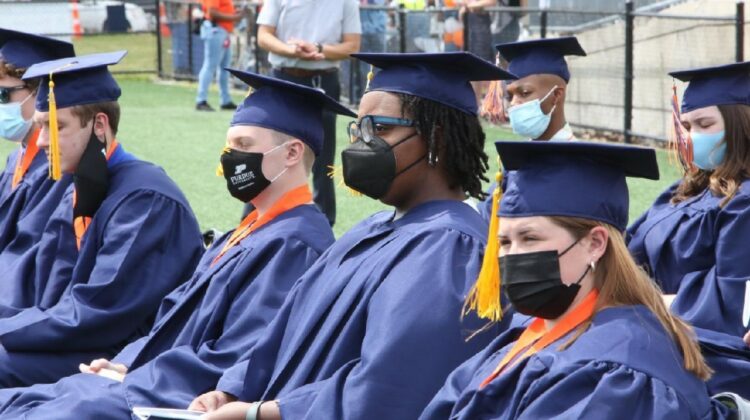 Evanston Township High School says it has a mission statement, a statement on equity, a vision statement, and district goals. But, says Assistant Superintendent Pete Bavis, “ETHS does not currently have a portrait of a graduate.”

That is about to change.

Bavis will brief the District 202 Board of Education on Monday night about efforts to develop such a portrait, which began last fall but were put on hold due to the coronavirus pandemic.

In a memo to the Board, Bavis says developing such a portrait is “essential,” as it will highlight what the district sees as necessary for “21st century skills, character traits, and/or social-emotional skills and practices” that students need to succeed in “college, career, and life.”

Similar portraits of a graduate have been developed in other school districts around the nation, including Batavia in the western Chicago suburbs. While ETHS would develop “a list of traits that we want our graduates to possess,” such portraits are not just restricted to high schools.

Nearby Winnetka, whose schools end with eighth grade, has a portrait as well.

Each characteristic has specific components, with graphics/artwork, a logo, and explanation of the traits.

The Portrait of a Graduate concept is promoted by Battelle for Kids, a national non-profit promoting “21st century learning for every student.”

Bavis says he will share an initial draft of a potential ETHS portrait, along with examples from other districts.

Before anything is finalized for Evanston, there will be input from students, families, ETHS staff, and various members of the community.

Bavis says such a portrait will not replace the focus on academic achievement, but will show the district’s commitment to “educational experiences that educate the whole child,” and will clarify what may be missing in those efforts.

He says the goals of the portrait will be integrated into the classroom experience, and “The Portrait of a Graduate will guide our curricular, co-curricular, and extracurricular work.”