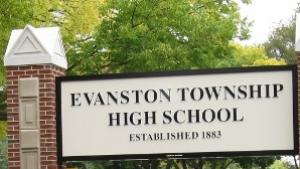 By the end of school today, ETHS students and parents should know whether this school year will end later than June 6 because of the two days missed this week due to the cold weather.

Board President Gretchen Livingston acknowledged that making up the four days lost to the weather so far this month is quite a challenge because of state regulations on the length of the school year, the existing calendar, alignment with Evanston/Skokie District 65, the summer school schedule, and teacher contract obligations.

“It is very tricky to figure out how to make up these very unexpected days off,” she said.

Already both districts had decided to hold classes on the Casimir Pulaski state holiday on March 3, and there is reluctance to interfere with the spring break, scheduled for April 7-11, because many families had already booked trips with non-refundable airline reservations.

D65 to add a day to this school year