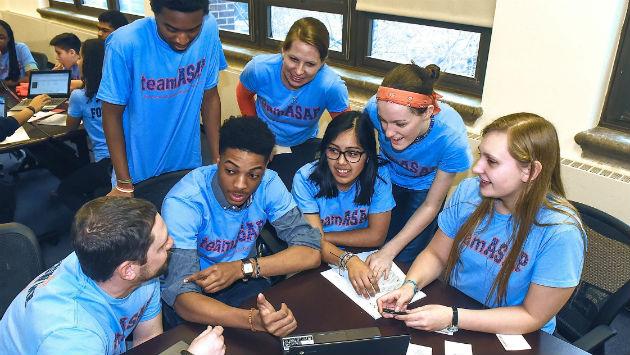 Evanston Township High School has won a national award sponsored by a magazine published by the National School Boards Association.

Overall 33 school districts were selected for awards from nearly 250 that submitted entries in the American School Board Journal competition — which was divided into three categories based on district size.

Within each size category, one district received a grand prize, five more were named winners and another five received honorable mentions.

ETHS missed the grand prize, but was named one of the five winners in the small district category for its Access and Success in Advanced Placement, or teamASAP, program that's designed to expand participation in AP courses.

Peter Bavis, ETHS assistant superintendent for curriculum and instruction, says the continued rise in AP scores at the high school in conjunction with increased participation and diversity have brought national attention to the ETHS AP program. He says the teamASAP project has demonstrated how school districts can have a positive impact on school culture by implementing programs aimed at retaining students in their most rigorous courses.

The school board and teachers "are passionately committed to educational equity, to higher achievement and increased rigor for all students of all races and all backgrounds,” Superintendent Eric Witherspoon says, and the board "has articulated clear goals and measures to assure that ETHS is accountable for successful outcomes for all students in this beautifully diverse school.”