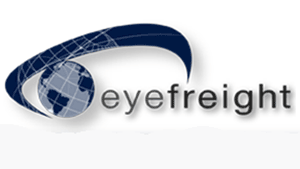 The expansion is to be funded by a $11.8 million infusion of new capital from existing investors De Hoge Dennen Capital and Global Cleantech Capital.

Eyefreight will also use the funding to enhance the company’s software-as-a-service product and support what it says is growing customer demand in North America as well as recruit new business development and sales leadership teams.

Chicago’s growing logistics community attracted Eyefreight to the area. The Midwest also serves as a critical location for supply chain operations and a central hub of multi-national organizations with access to Great Lakes ports, main cross-country highways and carriers, and leading area universities that provide ongoing sources of logistic and technological talent.

“Eyefreight has an outstanding relationship with the technical University of Eindhoven in the Netherlands, whose faculty and students have helped in the development of some of our technology,” added Fleming. “With Northwestern, the University of Chicago and other great schools in our backyard, Eyefreight hopes to replicate that success in the U.S. and tap the resources and talent emerging from those first-rate institutions.”

Eyefreight says it is one of the fastest growing TMS providers in Europe and that it has tripled in size since its founding in 2008.