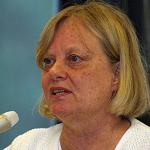 An Evanston aldermen pushed to have a Northwestern University official and a local landlord excluded from a city committee considering plans to license rental properties.

The Daily Northwestern reports that, in an email message to Mayor Elizabeth Tisdahl, Alderman Judy Fiske, whose 1st Ward includes part of the NU campus, objected to the selection of NU’s assistant dean of students, Betsi Burns, for the committee.

“She certainly hasn’t done us any favors in the media,” Fiske wrote, adding “I hope someone can assure me that this isn’t going to turn into another media feeding frenzy.”

Burns apparently drew Fiske’s ire for suggesting that students might choose to move out of the city and ride the CTA to campus to avoid a city ordinance limiting apartment occupancy to no more than three unrelated individuals.

The emails also reveal that Fiske was the alderman who had objected to the appointment of local landlord Joshua Braun to the panel.

Braun publicly objected to his exclusion from the panel and his complaints led Alderman Jane Grover, 7th Ward, in mid-February to ask the council’s Rules Committee to review the longstanding practice that effectively gives any alderman the opportunity to blackball any person nominated to any appointed city committee.

The Rules Committee has yet to hold that discussion.

Nominees to advisory committees are reviewed by the mayor, whose choices, when they finally emerge for a public vote by the City Council, are generally approved without debate or opposition.