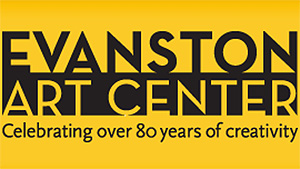 Evanston Art Center officials say they want to move out of the lakefront Hadley Clarke mansion to bigger and better quarters elsewhere.

At a news conference this morning, Executive Director Norah Diedrich and Board President Tess Lickerman said the non-profit goup hopes to raise at least $2.5 million over the next few years to find a new location nearly twice the size of its current space in the mansion.

The center's board, they said, has adopted a strategic plan, consulted with an architecture firm and hired a consultant to prepare a fundraising feasibility study for the move.

"We want you to know we have not instigated any of the various petitions, newspaper editorials, yard signs, or letters and emails sent to city officials" opposing the proposed sale of the mansion for development as a boutique hotel, the EAC leaders said in a statement.

They added that unapproved yard signs or fliers left on the art center property "will be removed and discarded."

The center was founded in 1929 and initially operated from space in the Evanston Public Library. It now has an annual budget of about $1.2 million and employes four full-time and six part-time staff members and more than 68 teaching artists.

The leaders said It draws more than 3,000 students of all ages a year from 85 zip codes across the metro area.

Diedrich says 'an overwhelming majority of current Evanton Art Center faculty members, board of directors, staff and constituents have expressed the need for a larger, more updated, centrally located facility."

She adds that "financial support for underwriting a significant portion of this new venture should be attainable through an extensive capital campaign effort."

The fundraising consulting firm, Nike B. Whitcomb Associates, Inc., after interviewing more than three dozen board members and other potential donors, concluded that an initial $5 million fundraising goal while not theoretically excessive, might be difficult to achieve.

The study concluded that EAC now has few board members with the deep pockets needed to make major contributions to a campaign of that size.

It also said that uncertainty about the scope of the project and the location of the new property were barriers to fundraising success.