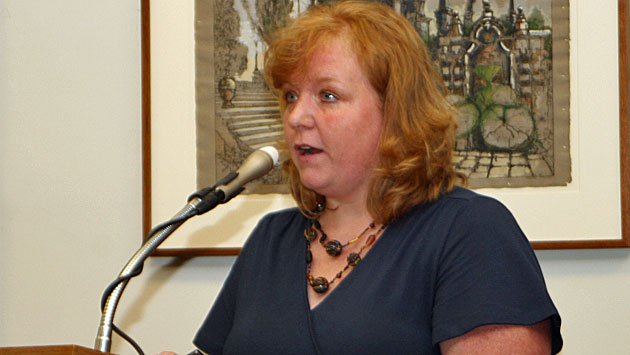 A year of talks appear to have turned the Noyes Cultural Arts Center in Evanston from a white elephant into a hot spot for local artists.

Back then the city was struggling to figure out how to find money to repair the roof and make other long-postponed capital improvements to the building.

Tenants weren't very happy about modest annual rent increases at roughly the rate of inflation. Some spaces in the building were vacant.

And the building's largest tenant, the Piven Theatre Workshop, had been quietly negotiating a possible move to the City of Chicago.

Now Piven's executive director, Leslie Brown, says the theater is proposing to expand its footprint at the center and raise $2.5 million to $3 million for capital improvements there.

Other tenants in the building are pushing back at the size of the Piven expansion, hoping to save more space for themselves. 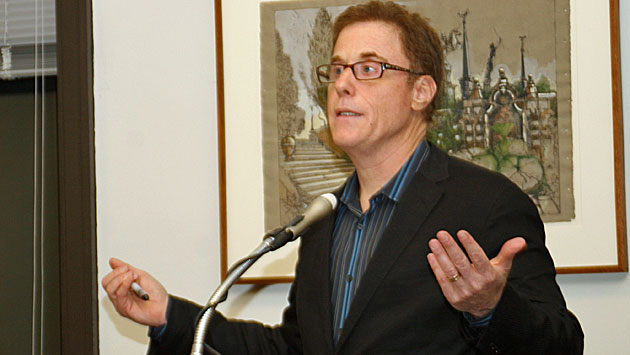 Top: Leslie Brown of Piven. Above: Ken Arlen of the Noyes Tenants Association.

Now, roughly a year after he said the city needed to find a new model for operating the center and he started talks with the arts groups, City Manager Wally Bobkiewicz won support from the City Council's Human Services Committee Monday night to roll out some of the changes the tenants have agreed to.

Bobkiewicz also plans to move the city's cultural arts staff out of Noyes and into the Civic Center by the end of the year to create more rentable space at Noyes.

He said that he'll come back to the City Council early this fall with a plan for a long-term lease of a portion of the building to Piven.