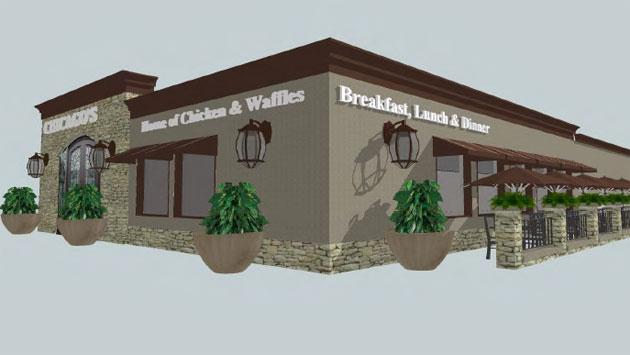 Evanston's Economic Development Committee is scheduled to vote tonight on a request for a $200,000 loan to open a Chicago's Home of Chicken and Waffles restaurant on the west side.

The restaurant would be located at 2424 Dempster St. in a foreclosed property that once housed a NAPA auto parts store.

Rosemary Barnett Malone, Tonya Van Dyke-Johnson and Darnell Johnson own and operate two restaurants of the same name — one in Chicago's Bronzeville neighborhood, the other in Oak Park.

A city staff memo on the project says the owners expect to hire 76 people, most from Evanston, to work in the new restaurant here.

They anticipate spending $482,000 to build out and equip the restaurant. 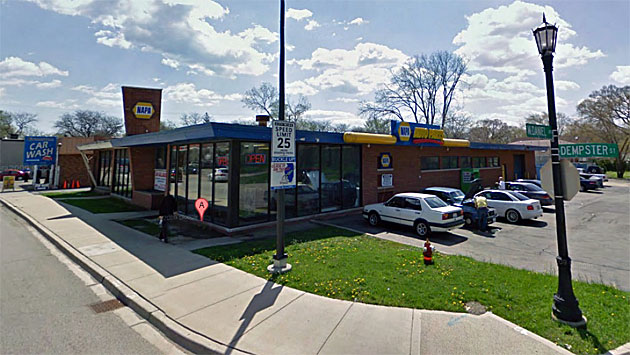 Top: A rendering of the proposed restaurant exterior. Above: The now-closed auto parts store in a May 2009 image from Google Maps.

The owners plan to invest $132,000 of their own money in the build-out and obtain a $150,000 loan against anticipated credit card receips from Express Working Capital as well as the $200,000 loan they're seeking from the city.

They plan to make a $82,500 downpayment to purchase the property and have received approval for a $200,000 five-year balloon mortgage at a 5.75 percent interest rate for the purchase from First Bank and Trust of Evanston.

The city staff is recommending that the city's loan match terms of the planned bank loan, with payments for the first five years based on a 20-year amortization scheduled and a balloon payment of about $173,000 due at the end of the five year term. 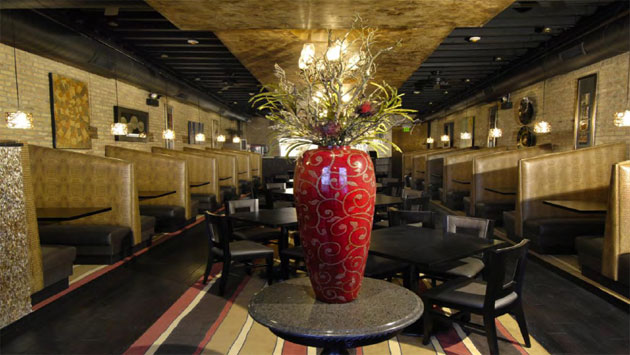 An interior view of the owners' Oak Park restaurant in an image from the EDC packet.

The staff memo anticipates that the restaurant will generate sales tax revenue to the city of $135,000 a year by its second full year of operation.

The owners say the restaurant will feature savory fried chicken and waffles and other comfort food or soul food dishes in an upscale atmosphere.