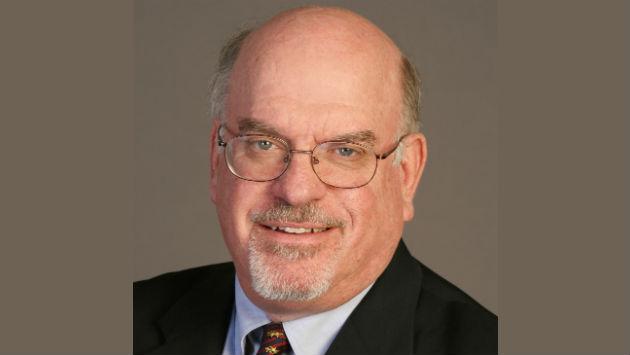 Evanston resident Roger Pascal, who served for 50 years as an attorney with the law firm Schiff Hardin LLP, died of cancer Sunday at his home at age 74.

Pascal also worked as a volunteer attorney, general counsel and board member of the American Civil Liberties Union of Illinois.

“Roger Pascal was a great lawyer whose life embodied the constitutional and moral imperative to ‘do justice,’” said Colleen K. Connell, executive director of the ACLU of Illinois. “He was an intellectual, legal, and moral giant who inspired generations of lawyers to make the world a better place.”

Born in 1941, Pascal joined Schiff Hardin in 1965, became a partner in 1972, and served as a leader of the firm’s Litigation Group for more than 20 years. While he focused his complex and multiparty litigation practice in intellectual property, antitrust and trade secrets, he also tried cases in fields as disparate as aviation, criminal law, and commodity futures trading.

Later in his career, to enjoin a departing executive of PepsiCo from competing against his former employer, Pascal and his team developed the now widely utilized doctrine of “inevitable disclosure.” Under this doctrine, an employer can use trade secret law to enjoin a former employee from working in a job that would inevitably result in the use of trade secrets. The injunction, entered by the U.S. District Court for the Northern District of Illinois, was affirmed by the U.S. Court of Appeals for the Seventh Circuit.

“Roger was a superb lawyer who pushed us all to be our best selves,” said Marci A. Eisenstein, Schiff Hardin’s managing partner. “His contributions to his clients, to Schiff Hardin, and to the legal profession cannot be measured. We are all privileged to have had him as a partner, and we will miss him deeply.”

"Roger was an exceptionally gifted attorney who played a unique and substantial role in the success of ACLU’s legal program," said Harvey Grossman, former legal director for ACLU of Illinois. “Roger served brilliantly as a volunteer cooperating attorney in many of our most difficult cases. As general counsel for more than 20 years, he generously shared his wisdom, unbounded determination, exceptional litigation skills, and deep understanding of civil liberties. A friend and a tireless supporter of civil liberties no matter how difficult the struggle, Roger left his mark on both our work and on each of us. We will miss him dearly."

Pascal also served on the board of the Public Interest Law Initiative; the board of the James B. Moran Center for Youth Advocacy; and the Schiff Hardin/Howard Area Community Center Legal Clinic.

A lifetime lover of jazz — Mingus, Parker, Gillespie, and all the greats — Pascal was also a board member of the Jazz Institute of Chicago.

He is survived by his wife, Martha “Missy” Pascal; their children, Deborah, Diane (married to Thomas Richie), and David (married to Amy Melnicsak); grandchildren Sam and Bennett Pascal, and Sofia Hogue; and his brothers, Charles (married to Tassie Notar) and Ross (married to Laurie) Pascal.

Among his many personal and professional accomplishments, Pascal’s family and friends will remember a man who, as a pilot, volunteered in a program to give urban children their first experiences of flight and often flew medical missions, transporting patients to hospitals across the country; who decorated his office with photos of exotic fish taken on scuba trips with Missy; and who loved to share with family and friends the delicious bread — oatmeal bread, bagels, rustic loaves and more — that he learned to bake as gifts to Missy for her hard work supporting him during law school.

A memorial service will be held at 11 a.m. on Monday, Jan. 11, in the Michigan Room at the University Club of Chicago, 76 East Monroe in Chicago.