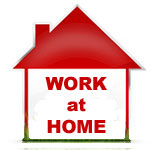 But the ordinance would give other home-based business operators a bit of a break by letting them store "lawfully parked" business vehicles at their homes and it would lift a ban on using garage space for otherwise-permitted home occupations.

The ordinance didn't satisfy Alderman Delores Holmes, 5th Ward, who's been campaigning for years to require all home-based businesses to be licensed and pay a fee to the city.

But Community and Economic Development Director Steve Griffin said adopting rules to accomplish that "would be a much longer process."

He urged moving ahead with the proposed ordinance as it was drafted, saying it addresses some of the issues that have caused the most concern among residents.

Alderman Ann Rainey, 8th Ward, said she was concerned about a home day care operation being conducted in a home in which no one actually lived.

"Given the economy and technology, there's no reason not to allow people to have a small business in their home," she said — but she said the space ought to actually also be used as a home.

Rainey said the Health Department had inspected the property and raised no objections about it, but Griffin said that as a zoning matter a home occupation has to be in a building that's actually used as a home, and that he'd have his staff look into the situation.

The ordinance ordinance, introduced at Monday's City Council meeting, will be up for a final vote at the council's May 29 meeting.

The ordinance adding to the listed of banned home-based businesses