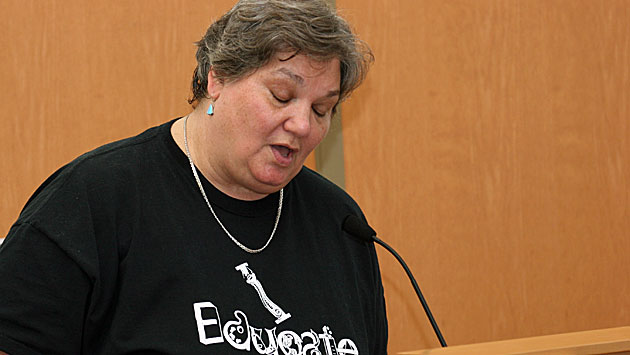 Evanston's District 65 School Board Monday night denied union claims that it's trying to squeeze too much work out of teachers.

She suggested that the district's demands would make Evanston uncompetitive with neighboring districts — making it hard to "attract and retain excellent teachers."

But School Board President Katie Bailey said the board had surveyed other districts and found that "the planning time we provide our teachers is more than competitive with what other districts offer."

Luft said the teachers want students to have a well-rounded educaion including art, music, drama and physical education. 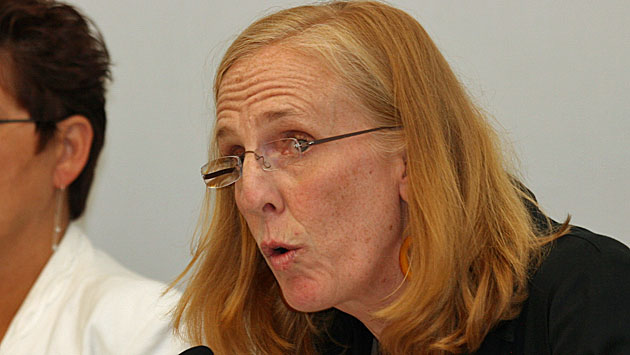 But Bailey said the district's proposals would continue to provide that.

She said the district hasn't made any bargaining proposals that would reduce planning time below what's required under the current contract.

She said the district is proposing that teachers in kindergarten through fifth grades work the same hours that middle school teachers do.

That, Bailey said, would provide increased planning time for teachers in the lower grades without increasing their student contact time.

Luft urged theboard to work with the teachers to get the contract settled in time for the opening of school in two weeks.

But Bailey said the district was currently waiting for a response from the union to the district's latest proposals made at last week's negotiating session with a federal mediator. 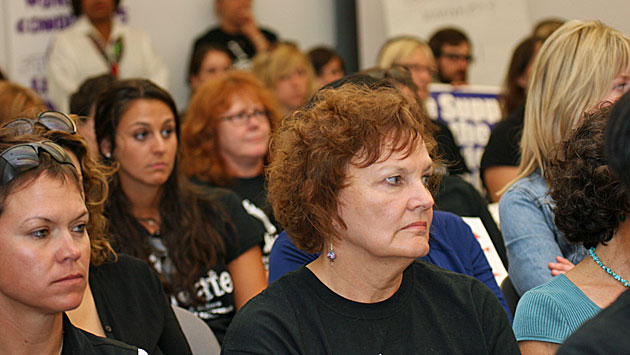 Teachers and their supporters filled the board room for the public comment session, but left shortly thereafter.

She said the board has carefully listened to DECs proposals and has made substantial efforts to compromise.

But she stressed that while trying to best serve students, the board also has to operate within available financial resources.

Later in the meeting the board gave preliminary approval to its budget for the new school year. Final adoption is planned to follow a public hearing next month.

The budget calls for total spending across all funds of $125 million and is balanced by drawing down fund reserves by nearly $18 million.

The budget anticipates that salary and benefit costs will total $87 million, a decline of 1 percent from last year.

Those reductions are accomplished by eliminating 38 jobs and replacing 51 retiring employees with less-experienced new workers who will earn less.

The budget anticipates that a setlement with the teacher's union — when it's finally reached — will result in a 3.8 percent increase in the cost of employing the average teacher this year. That includes base salary and step pay increases as well as pay hikes based on completing additional education coursework.