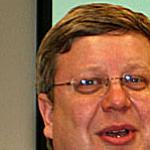 Evanston City Manager Wally Bobkiewicz late Friday afternoon released a proposed budget for 2013 that includes a slight reduction in property taxes. It also calls for a net reduction of five full-time-equivalent city jobs as part of a plan to close a projected deficit of just under $1 million.

“Although the prevailing economic climate has shown some signs of improvement during the past year, the national economy remains an area of concern,” Bobkiewicz said.

“The performance of the national economy impacts the city in numerous ways including local employment, housing and economic development," he said, adding that city staff has caefully monitored expenses and revenue to keep the city fiscally stable while still providing core services.

The proposed budget is available online.

If the proposed staffing reductions are adopted by the City Council, the city would have 793 full-time-equivalent employees next year, compared to a peak of 884 in 2006-07.

The proposed 1.85 percent reduction in the property tax levy assumes that aldermen adopt the recommendation of the city's pension actuary that it cut back on funding of fire and police pensions next year by roughly $700,000.

Several aldermen have indicated they are reluctant to make that cut and prefer to move more quickly to close the city's huge unfunded public safety pension liability.

If they keep the pension funding at this year's level, then the city's property tax levy would remain essentially unchanged next year.

The budget projects increases in several revenue sources, including the athletic contest tax, the liquor tax, the real estate transfer tax and building permit fees, recreation program fees and cable franchise fees, for a total of over $1.7 million in new general fund revenue.

The aldermen are scheduled to hold their first session to review the proposed budget at 7 p.m. on Monday, Oct. 29, and to adopt the budget by Monday, Nov. 19.