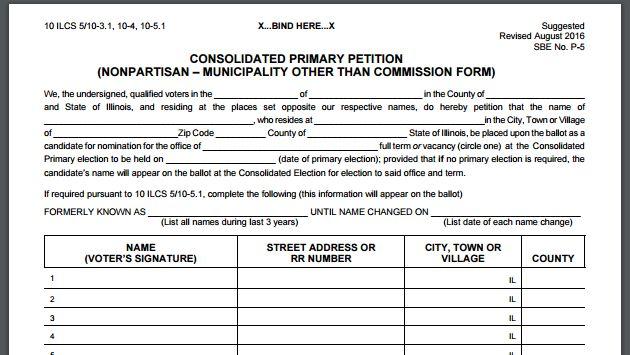 Would-be candidates for election to city and school board offices in Evanston next April can start circulating petitions on Wednesday this week.

Under state law the candidates have to submit their signatures in December.

Municipal candidates have to collect signatures totaling at least 5 percent of the votes cast for the office they're seeking in the last municipal election.

That means candidates for mayor will need about 340 signatures, while aldermanic candidates in some wards where turnout was light in 2013 could get by with fewer than 30 signatures.

They're supposed to submit no more signatures than 8 percent of the votes cast or the minimum requirement plus 50, whichever is greater.

For school board candidates, the petitions must be signed by at least 50 qualified voters.

Detailed information for potential candidates, including the petition forms, is available online from the state board of elections.

Candidates no longer can request petitions from the City Clerk's office.