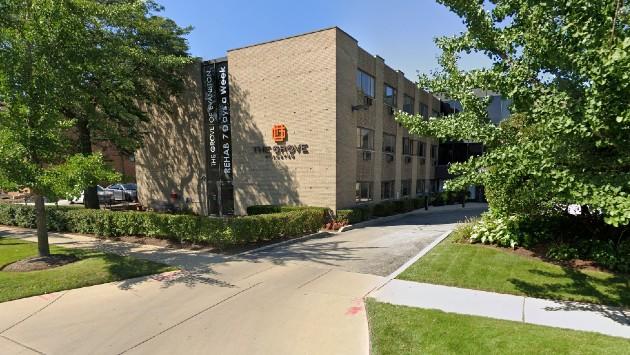 The state health department and county medical examiner now report a total of 21 deaths linked to Evanston long term care homes, up from 15 a week ago.

The count of total cases among patients and staff at the facilities issued by the IDPH has declined, from 143 to 115 as a result of a decision by the agency to include “laboratory confirmed cases only” this week.

Because of limited testing capacity, the agency previously also included cases where a person exhibited symptoms suggestive of the disease that hadn’t yet been confirmed by a lab test.

The Grove of Evanston, at 500 Asbury Ave., has eight deaths, up from six last week. But its total case count declined from 24 to 17.

Three Crowns Park, at 2323 McDaniel Ave., has six deaths, unchanged from last week. Its total case count increased from 34 to 36.

The Merion, at 1611 Chicago Ave., which the IDPH listed as having 12 cases and no deaths last week disappeared from the IDPH report this week. But the medical examiner reports two COVID-19 related deaths there, one last Saturday and one on Wednesday.

Symphony of Evanston at 820 Foster St., has one death listed by the IDPH, unchanged from last week. Its case count is reported declining from 15 to 12 this week.

Alden Estates of Evanston, 2520 Gross Point Road, has one death listed by the IDPH, unchanged from last week. Its case count is reported delining from five to three this week.

Greenwood Care, at 1406 Chicago Ave., which disappeared from last week’s IDPH report, is listed as having seven cases and one death this week, up from four cases and no deaths two weeks ago.

Westminster Place, at 3200 Grant St., is listed by IDPH as having 11 cases, down from 12 a week ago. But on its Facebook page, Westminster place reports having had 14 total cases affecting 13 employees and one resident.

Albany Care, at 901 Maple Ave., listed by IDPH as having eight cases last week, now is shown as having six cases.

The Mather, at 425 Davis St., has held steady at four cases for the past three weeks, according to the IDPH.