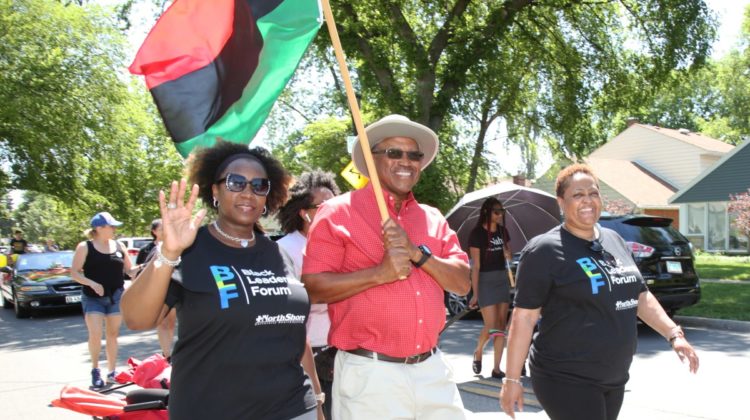 Marchers in the Juneteenth parade in Evanston. (Barbara Freeman photos)

156 years after the event itself, and two days after President Joe Biden signed legislation making it a national holiday, Juneteenth took on extra meaning today in Evanston and across the country.

Lashaun Bryant, one of several hundred people who walked or drove in the Evanston Juneteenth parade, said she “never thought” the day, which commemorates the actual end of slavery in the United States, would become a federal holiday. 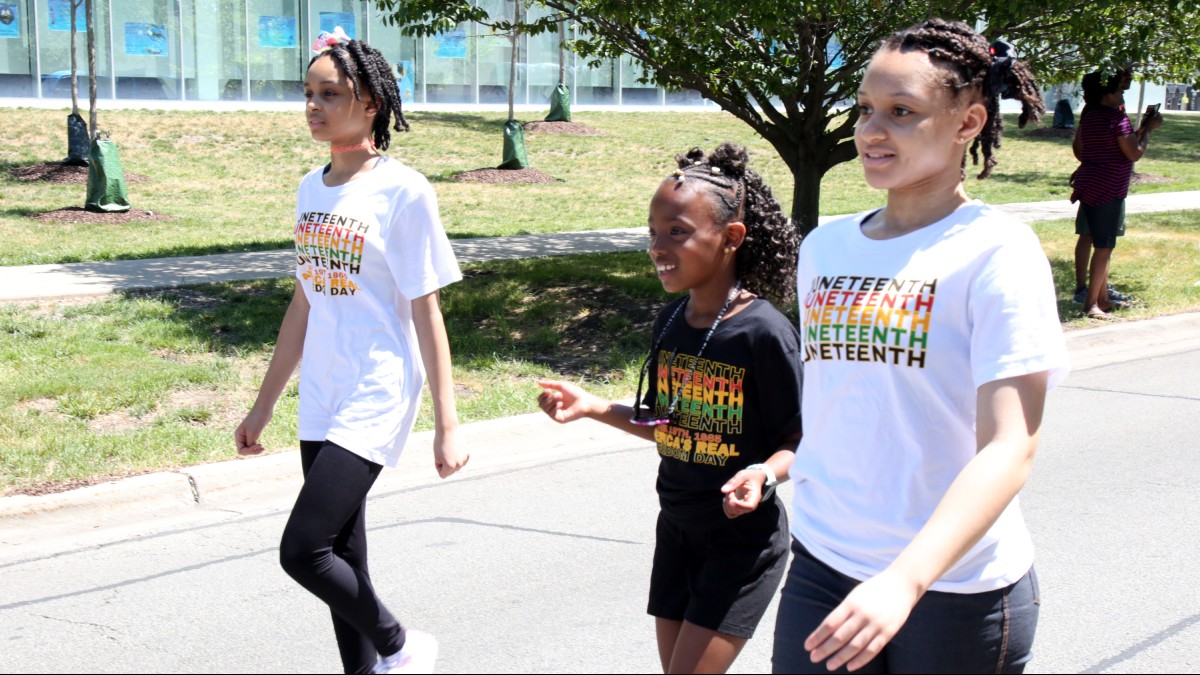 Even though Abraham Lincoln had issued the Emancipation Proclamation, freeing slaves in the Confederacy more than 2 and a half years before Juneteenth, and even though the Civil War had already ended, it took Union troops entering Galveston, Texas to let both slaves and slaveholders there know on June 19, 1865 that the practice of owning a human being had come to an end.

Kemone Hendricks, who organized the Evanston parade, said Juneteenth is “America’s real freedom day, a day which everyone should be proud of.”

Last year’s Evanston celebration was a car parade and virtual event only, because of the COVID-19 pandemic. But this year, there were cars, floats, marchers, spectators, and a community event with food and music at Ingraham Park, the end of the parade route that began at the Robert Crown Center.

Mayor Daniel Biss, who took part, said Juneteenth being declared both a state and federal holiday “is an indication of how seriously the country is taking the question of justice.” He said that Evanston “does not want to be an island” when it comes to being progressive.

Both Biss and parade participant Bryant agreed that a major incident in recent American history helped make the Juneteenth holiday a reality. That incident was the murder of George Floyd by a Minneapolis police officer.

When asked if there would be a Juneteenth holiday if Floyd had not been killed, Bryant replied “no, not at all.”

“That event,” she said, “made us look at ourselves and see how we can be better as Americans.”