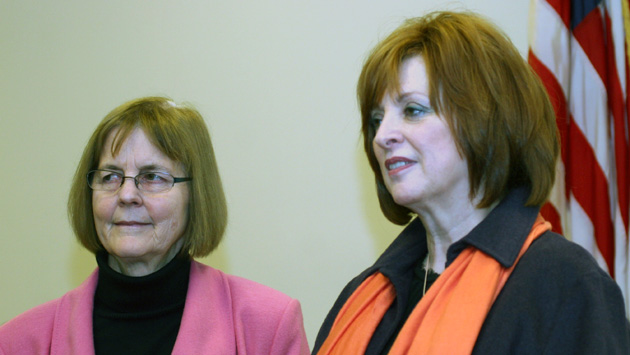 A packet with information on tonight's agenda items can be found here.

Mayor recognizes Charlotte Kohn as a long-term care administrator for 40 years at Dobson Plaza in Evanston.

Erica Storley of city staff announces "Engaged Community Award" from the Public Technology Institute. Says Evanston is the smallest community in the nation to win one of the awards.

Lilo Schuster, 1738 Chicago Ave., speaks in favor of continued funding for Evanston Community Television. Says the new board and staff are working to improve the programming and operation of the station.

Junad Rizki calls for "an honest accounting" regarding the audit of employee benefits that turned up employees who had listed ineligible people as dependents for health insurance coverage.

Wilson recuses himself because of business relationships with other respondents to the RFP.

Amended to increase amount of money from the Washington National TIF by $113K, reducing by the the amount the money coming from the Economic Development Fund.

Grover moves approval. (Committee had ended up voting 4-1 against the increase.) Rainey asks for presentation from staff. Grover notes that rate increase would not go into effect until July and says Evanston has one of lowest water rates in the region.

Bobkiewicz says concern among residents seems to be that water bill includes sewer and trash removal rates as well.

Says wants to look at how to improve the look of the bill to clarify how the information is presented.

Says may still be underfunding improvements to the water system infrastructure.

Dave Stoneback, utility director, says the increase would amount to about $1 every two months for the "average user."

Bobkiewicz says council has been inconsistent over time in how it's handled rate increase — want to try to be more consistent.

Mayor says since the city hopes to make money on water in the future, it would be unwise to skimp on infrasstructure now.

Changes to library board authority

Rainey says she's voting no because she objects to the entire concept of library board imposing taxes without being elected. Favors library district instead.

Approved 7-2. Burrus and Rainey vote no.