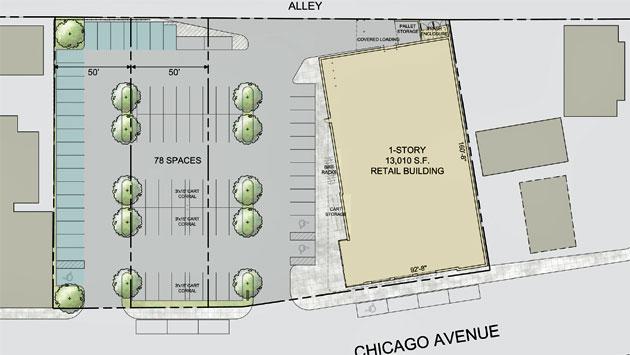 Evanston Aldermen tonight are scheduled to vote at a special meeting on plans for the city to spend $2.05 million to buy land that would become a parking lot for a planned Trader Joe's market on Chicago Avenue.

Under the plan the city would lease the land to Terraco Inc., the developer of the Trader Joe's building.

The city-owned parcels would provide about two-thirds of the 78 parking spaces needed for the new 13,000 square foot store.

The store itself would be built on the site of a former Blockbuster Video store at 1211 Chicago Ave. that Terraco recently purchased.

City officials say the new store is expected to generate between $487,000 and $669,000 a year in sales, liquor and property tax revenue for the city, and that the city should therefore recoup the money spent to buy the property within three to four-and-a-half years. 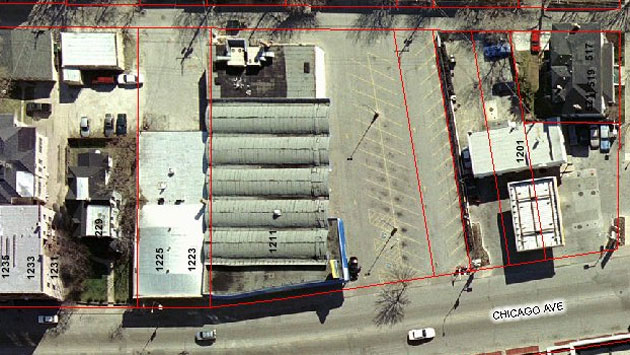 Top: A site plan for the new Trader Joe's.. Above: A 2004 aerial view of the property from the city website. The gas station at 1201 Chicago Ave. and the apartment building at 1231-35 Chicago are not included in the redevelopment plan.

City officials plan to take money to buy the land from the city's parking fund, which has cash available to make the purchase.

While the deal as described appears advantageous for the city as a whole, its parking fund will be buying an asset which will generate little revenue for the fund.

The only income likely to go to the parking fund from the deal is from overnight permit parking on 24 of the lot's spaces. Assuming those could be leased at $50 a month, that would yield a return to the parking fund of less than $15,000 a year — less than 1 percent on the $2 million investment. 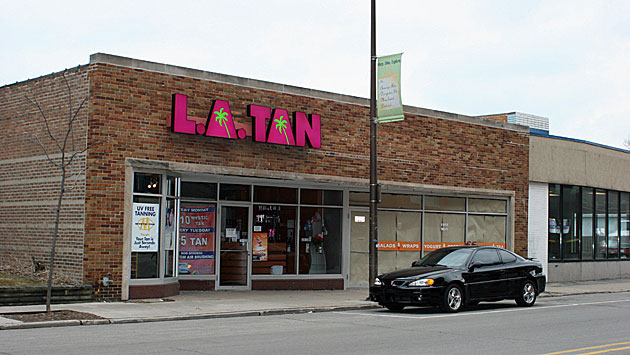 One parcel the city plans to acquire, at 1223-1225 Chicago Ave., is currently occupied by a half-vacant one-story retail building. The other, at 1229 Chicago Ave., has a Victorian-era home. The house sits on land owned by Northwesten University, while the house itself, the city says, is owned by a third party. 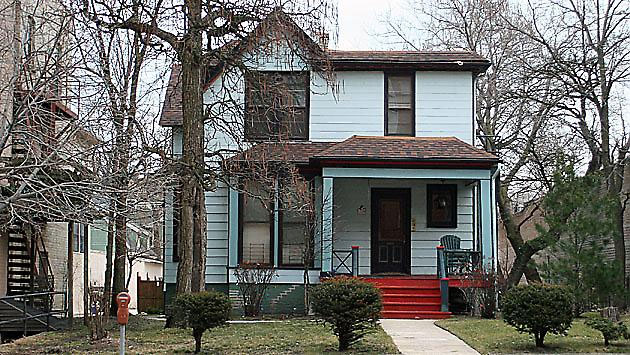 The proposal includes a requirement that Terraco attempt to relocate the house to another site, if the move is economically viable.

Under the plan, Terraco would pay demolition and relocation costs and pay to pave and maintain the lots for parking use.

Terraco has already purchased the Blockbuster site at 1211 Chicago Ave. for $2.3 million and plans to demolish the existing store on the north end of the parcel and replace it with a new building for Trader Joe's on the south side of the lot.

Steve Griffin, the city's Community and Economic Development Director, in a memo to aldermen, cited several examples from around the country in which municipalities provided financial assistance to developers of projects that included a Trader Joe's store.

Assuming aldermen approve the land deals, Terraco's next step would be to seek approval from the city for a planned development for the new site.

That would require review by the Plan Commission, the Planning and Development Committee and the full City Council.

Plans to open a Trader Joe's on the site were first announced in February. If the approval process runs smoothly, the store could open sometime next year.