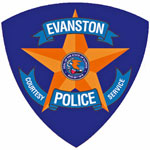 A spike in crime in December almost wiped out Evanston's progress in reducing crime last year.

At the end of November, crime was down 2.3 percent, but in final statistics released today by the police department, the decline for the full year amounted to just 0.3 percent.

There were decreases in three of the four violent crime categories tracked:

Thefts, which make up more than half the serious crimes reported in the city, rose by 4 percent from 1607 to 1673. And Police Cmdr. Jay Parrott noted that 163 of those thefts involved items being stolen from unlocked cars.

If those could be eliminated by people choosing to lock their vehicles, it would cut the city's total crime rate by 7 percent.

For other property crime categories:

Police also reported that they completed two major undercover narcotics operations in cooperation with the Federal Bureau of Investigation and the Cook County Sheriff's Department last year that were aimed at reducing violent crime.