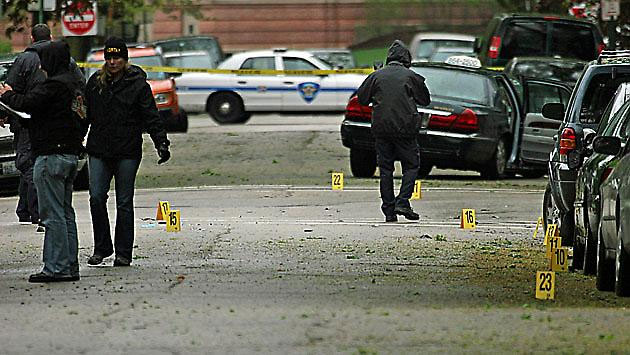 As Evanston police prepare to close the books on 2011, major crime in the city appears to have declined for the year, though at a slower pace than in 2010.

The city recorded a 12.4 percent drop in the crimes tracked by the FBI in 2010. Through November of 2011, Police Cmdr. Jay Parrott says, the year-to-date decline is 2.3 percent.

The city has recorded three homicides so far this year, compared to five in all of last year.

(A since-rescinded change in the types of incidents included in the FBI homicide count, to include unexplained deaths from drug overdoses, initially boosted the 2010 homicide count to 7, and would have raised this year's count to 4, Parrott says.)

The homicide victims this year are:

For major crimes other than homicide, the statistics through November are:

The crime rate in Evanston now is less than half what it was a decade ago.

Top: Police at the scene of the taxi driver shooting on May 15.