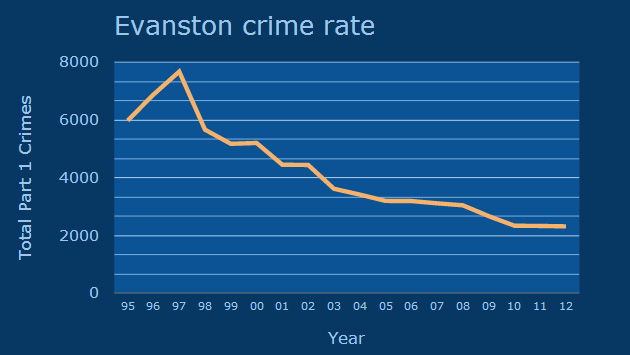 Although Evanston's crime rate declined by a fraction of a percentage point last year, Police Chief Richard Eddington says he considers the results "flat" — with no significant change from the year before.

It's the second year in a row with a decline in Evanston in the number of "part one" crimes used to compile national crime statistics of less than a percentage point following several years of substantial reductions.

At a briefing this morning for reporters, Eddington said a 54 percent increase in aggravated assault and battery incidents, to a total of 148, accounted for almost all of last year's increase in violent crime.

He said an increase in domestic violence cases played a big role in that increase. 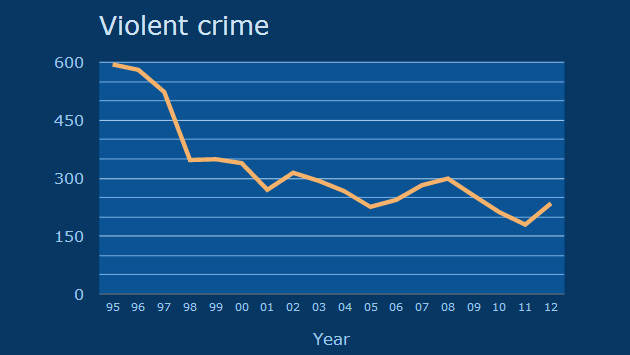 An upsurge in a feud between two groups of individuals with a long history of conflict also helped boost the count of assault and battery cases, the chief said. That conflict also, in one form or another, played a role in all three of last year's homicides, he added.

Eddington said that, in response to the uptick in assaults, the department shifted officers who typically would have spent the fall trying to suppress burglaries to work to try to prevent further violence among the feuding parties.

And, as a consequence of the shift in resources, he said, the city saw a 6 percent increase in burglaries for the year — with much of the the bump concentrated in September and October. 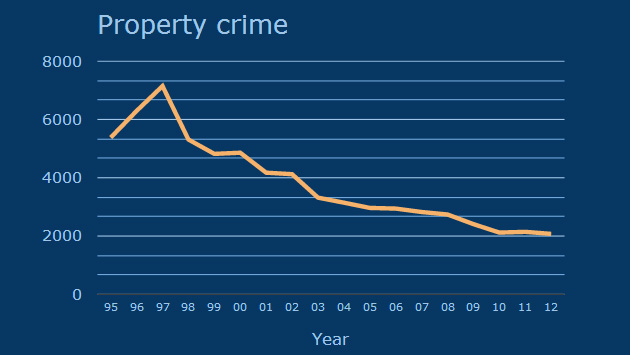 The number of thefts — the largest category of property crime — dropped from 1,673 in 2011 to 1,565 in 2012. That more than offset increases in burglaries and motor vehicle thefts. The number of arson cases dropped from 18 to 17.