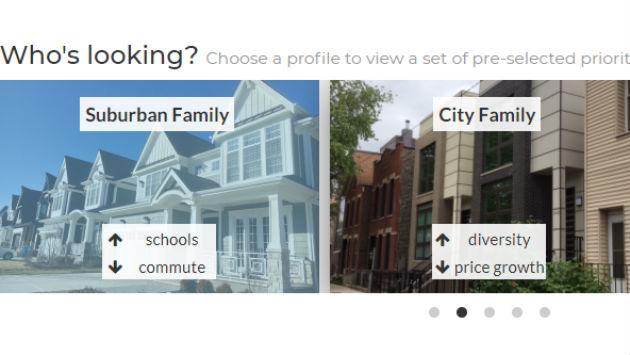 Crain’s Chicago Business is featuring a “best communities” guide for Chicago area home buyers — but in the vast majority of cases Evanston won’t show up as one of the top five picks.

What do they have that Evanston doesn’t?

Well, digging into the Crain’s data, it appears they all have substantially lower crime rates than Evanston and a much higher growth rate in home prices.

All those towns are regarded as more diverse than the average community — although most are not quite as diverse as Evanston.

Among the favored five, only Highwood has schools that perform better than Evanston’s.

Three have median housing prices lower than Evanston, but the other two — Highwood and Oak Park — are more costly.

Except for Highwood, with a typical commute time of 21 minutes, the other towns, including Evanston are pretty tightly clustered around the 30-minute commute mark.

Update 12:25 p.m.: A reader has discovered that it is possible to make Evanston show up as the 5th choice for a suburban community, if you restrict your price range to something in the vicinity of $250,000 to $320,000 and make “high diversity” your top priority and “solid price growth” your lowest priority.

Keep those priorities and tighten your price range to $300,000 to $330,00 and you can even make Evanston jump to 2nd on the suburban list.

There may be a few other isolated permutations that also cause Evanston to rank.

We’ve revised the lead of the story to reflect that.