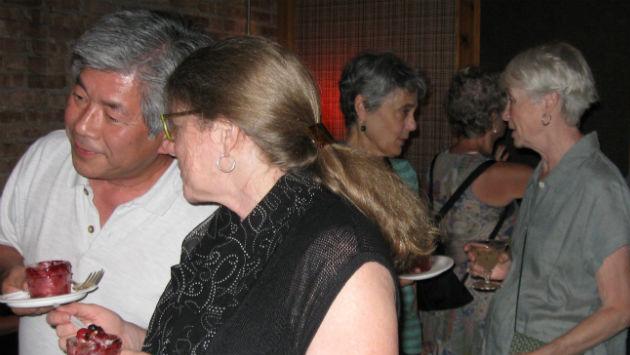 Thanks to the generosity of six Evanston restaurants, some local families will be able to purchase and consume fresh fruits and vegetables straight from nearby farms.

The annual benefit for Friends of Evanston Farmers Markets, held Monday evening at Found Kitchen and Social House, will provide matching funds for LINK card purchases (formerly known as food stamps) that essentially cuts the costs in half for recipients shopping at local farmers markets.

In addition to Found, food at the benefit was provided by Boltwood Restaurant, Chef’s Station, Hoosier Mama Pie Company, and Terra & Vine. The small plates at each station typically included an entrée meat, accompanied by vegetables grown on nearby farms.

Nearly 100 persons circled the tables, with most eating the offerings of some tables more than once. 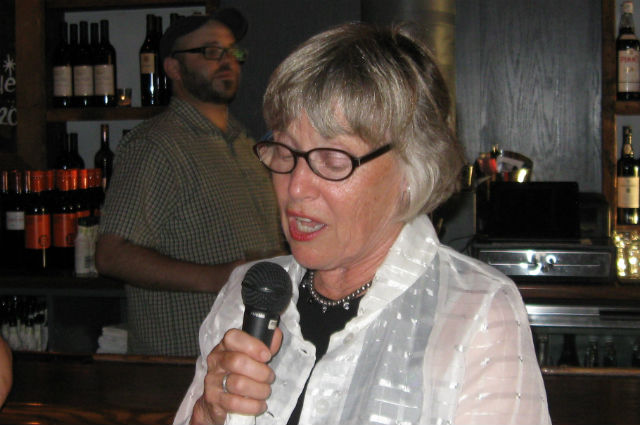 Proctor thanks attendees and restaurants for their participation.

Friends President Vikki Proctor, a former Evanston/Skokie District 65 teacher, told of an eighth grader who wrote an essay entitled “The Empty Refrigerator,” which described a typical low-income home at months’ end, when food stamps ran out, with empty produce bins and pantries.

It inspired her to conduct some research that revealed that 28 percent of Cook County residents used food stamps and that, locally, about half the students in District 65 were from families that qualified for free or reduced lunch at school because of their financial situation.

The LINK supplements provided by Friends are designed to help those families obtain groceries that are not only affordable, but nutritious as well.

Last year, Proctor said, the supplements to LINK provided by Friends amounted to about $20,000, which represented about $40,000 that the recipients spent at the markets.

“As you can see,” Proctor told the group, “your contribution does indeed go directly to families in need, small farmers, and Evanston businesses.”