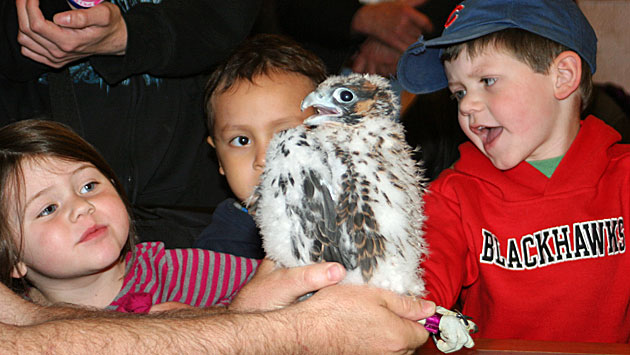 The falcon chicks born about four weeks ago on a ledge outside the Evanston Public Library met their fans inside the library this noon.

About 100 people, many of them children, gathered in the library's third floor reference room to watch as workers from the Field Museum and the Shedd Acquarium brought them down from their high perch. 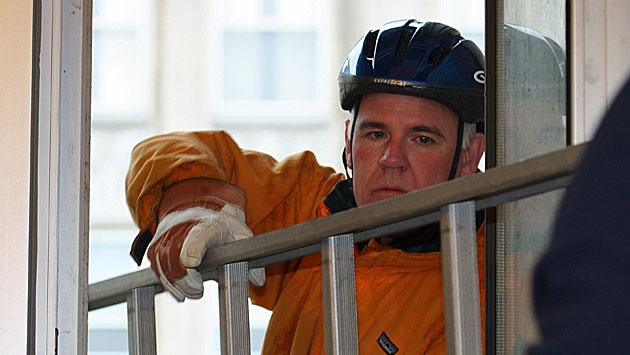 Top: The first bird banded, a female named Marigold. Above: Matt Gies of the Shedd Aquarium heads out onto the window ledge with a ladder to retrieve the birds. The bike helmet is to protect against the chance of being attacked by the chicks' protective parents. 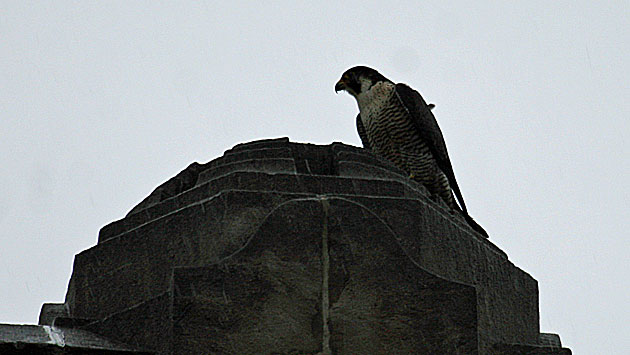 An anxious parent rests for a moment atop the Carlson Building.

While the birds' parents alternately swooped around screeching or perched across the street atop the Carlson Building, the experts got to work placing bands on the chicks' legs so they can be identified through their lives and taking blood samples to test their DNA. 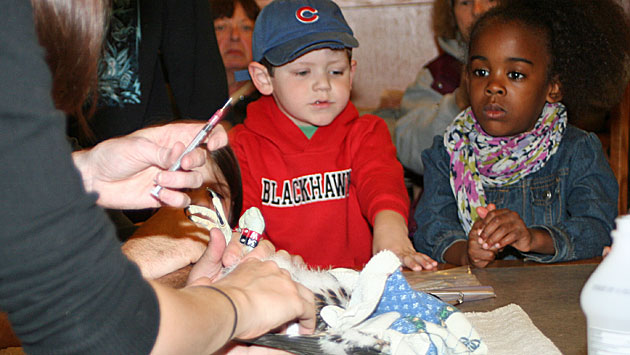 Preparing to take a blood sample.

Hinting at the complexity of the birds' social lives, one said it sometimes turns out that the daddy on the nest isn't the chicks' biological daddy. 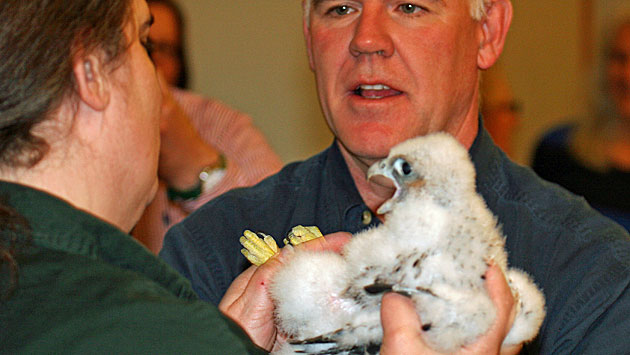 Mary Hennen of the Field Museum told the spectators that, in the world of birds of prey, females tend to be larger than males — so that's how they decided which bird should be Marigold and which one should be Gribley, names chosen in a contest for kids run by the library. 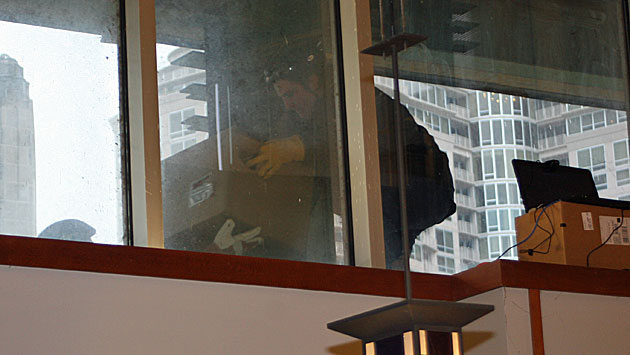 After their moment in the spotlight, the birds are returned to their nest on the ledge. At right is the computer and webcam that provide a live feed documenting their young lives.

The birds' bodies are nearly full grown at this point, but they have to wait several more weeks for their flight wings to grow out before they can leave the nest on their own.

Falcons have been nesting at the library for nearly a decade now.