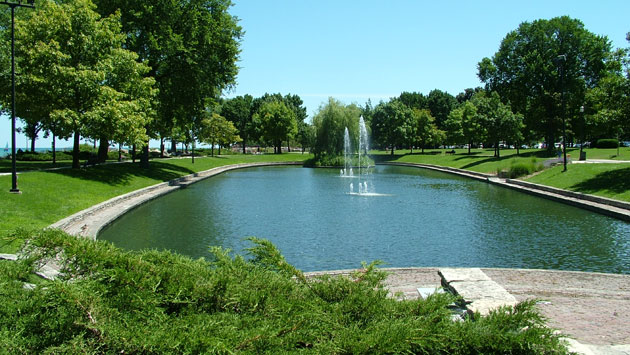 The project includes upgrades to plumbing and basin systems, reconstruction of the stone waterfall, replacement of pavement and lighting, new site furnishings and enhanced landscaping.

This award was part of $12.3 million of Open Space Lands Acquisition and Development Grants awarded to 42 projects around Illinois.

This grant, combined with a $500,000 donation last year from the Arrington Foundation, will allow the project to move forward.

When the renovation is complete, the lagoon will be renamed the Arrington Lakefront Lagoon in memory of the late W. Russell Arrington.

An Evanston resident, Arrington served in the Illinois General Assembly from 1945 to 1973, first in the house and later as leader of the Illinois Senate.

Mayor Elizabeth Tisdahl thanked the governor and local lawmakers Jeff Schoenberg and Robyn Gabel for their support of the project honoring a former lawmaker.

"The residents of Evanston will now enjoy a revitalized lakefront lagoon that will serve as a peaceful respite for all of us for many years to come,” Tisdahl added.