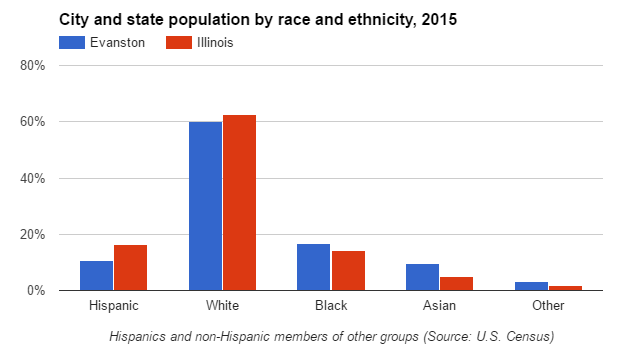 Evanston has become more diverse in recent years — with some traditionally under-represented groups increasing — while the city’s historically largest population groups have decreased.

Meanwhile the percentage of Asians has increased from 6 to 10 percent.

It also led this week to leaders of 21 community groups sending a letter to city officials seeking creation of an Evanston Citizens Equity Advisory Board to assist the new equity and empowerment coordinator the city is in the process of hiring.

The letter cited the declining black population but made no mention of the decline in the non-Hispanic white population or the increases in Hispanic and Asian residents.

The letter decries “historical and current processes of segregation and discrimination that have undermined not only opportunities but even the long term viability of communities of color in the city.” 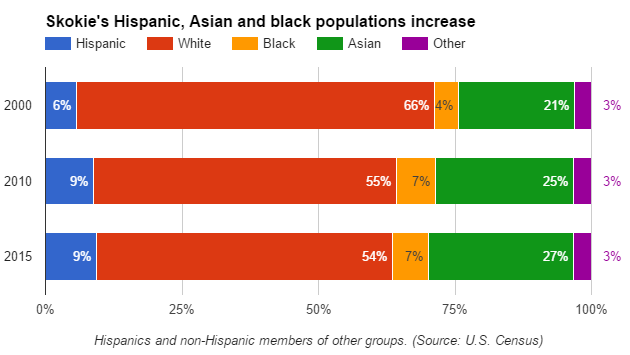 Dramatic changes have taken place in the composition of the population of other communities in recent years as well.

As just one example, Evanston’s neighbor to the west, Skokie, has seen its Hispanic, Asian and non-Hispanic black populations grow substantially, while its non-Hispanic white population has decreased dramatically.