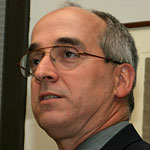 Recent press reports have portrayed the City of Evanston’s pension liabilities and debt levels in a negative light.

While there are clear issues that need to be addressed in both areas, pension liabilities and total City debt are closely monitored and regularly evaluated by the Evanston Mayor, City Council, city staff and by independent agents possessing the required expertise in pension funding and debt evaluation.

Moody’s and Fitch Ratings are nationally recognized rating agencies that provide analysis of municipal credit worthiness. The City of Evanston is ranked at the highest possible credit rating by both firms.

A critical component of this rating is the evaluation of the City’s ability to pay off bonds in a timely manner. It should also be stressed that the City has not entered into large ventures involving risk and large capital commitments, which is a common source of debt troubles for other local governments around the United States.

The City of Evanston’s actual bonded debt from General Obligation Bonds, Revenue Bonds and Illinois Environmental Protection Agency Loans has decreased from $293.6 million in 2003 to $238.0 million at the end of 2011.

During the same time, the Equalized Assessed Value of the City has increased from $1.71 billion to $3.04 billion. In other words, the debt burden from bonds and loans has gone down while property values have increased. In short, Evanston is still a very attractive city in which to live and own property based on land/home value.

In 2007 to 2008, the City of Evanston convened a Blue Ribbon Task Force to study police and firefighter pension concerns and provide the City Council with recommendations to stabilize our local pension funds.

Based on the recommendations of this group and the annual independent recommendation from the actuarial firm hired jointly by the city and the Evanston Police and Fire Pension Boards, the City has steadily increased the funding commitment to these pension funds.

Both funds have increased from an approximate 41% funding level, a few years ago, to above a 45% level presently. The City also funds these pensions using actuarial methods and assumptions that are more conservative than those required by the State of Illinois.

The City has held the line on police and fire staffing levels (no increases for three years) and has controlled salary costs, which are the largest component in determining total pension costs in both pension funds.

Core public safety services have not been sacrificed in accomplishing this funding improvement, which is proven most significantly by the continued decrease in crime rate statistics for the City over the past four years along with the City's improved Insurance Services Office Public Protection Classification from a ranking of 3 to 2 in 2010 to 2011. This program assesses a community’s ability to suppress fires, and those ratings directly affect property insurance values.

Pension and debt management are long-term issues for the City of Evanston. The City actively supported the Illinois General Assembly’s 2011 pension reform legislation approved for both civilian and police/fire personnel.

While the City of Evanston still has a substantial debt level, this debt is closely managed to ensure that new debt is only utilized for critical capital projects and that, whenever possible, debt funding is provided by non-property tax sources to help keep the total Evanston property tax bill stable.

Martin Lyons is the assistant city manager and chief financial officer for the City of Evanston.