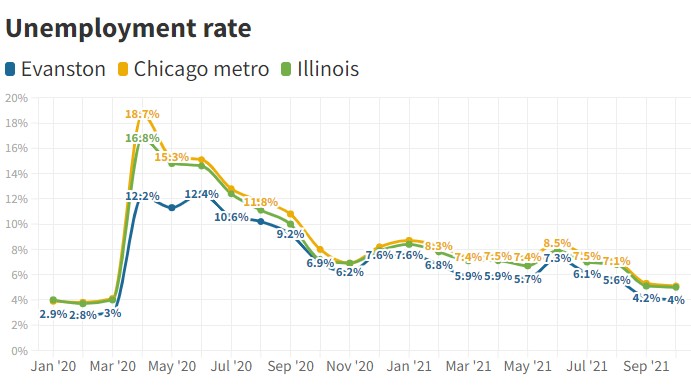 The Illinois Department of Employment Security today said 673 more Evanston residents were working last month than had jobs in September.

The labor force grew by 595 people and the number of people actively looking for work declined by 78 to bring the city’s unemployment rate down from 4.2% to 4.0% — just one percentage point above the pre-pandemic level of 3% in March 2020.

The story was similar for the Chicago metro area and for the state as a whole.