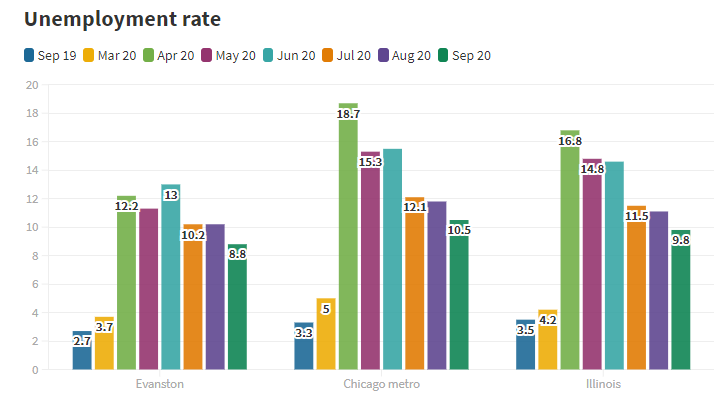 Evanston’s unemployment rate fell last month to the lowest level since coronavirus pandemic layoffs took hold in April, but it remains more than three times as high as it was a year ago.

The Illinois Department of Employment Security reports the rate in September was 8.8%. The last time the jobless rate here was in that range was in June 2009, in the midst of the great recession, when it hit 8.4%.

The jobs picture also improved last month in the Chicago metro region and across Illinois, with jobless rates declining by more than a full percentage point, but still remaining higher than they were in Evanston.

The size of Evanston’s labor force — the number of people either working or actively looking for work — grew modestly last month to 40,687 as 635 more people reported having found work and 471 fewer people reported being unemployed.