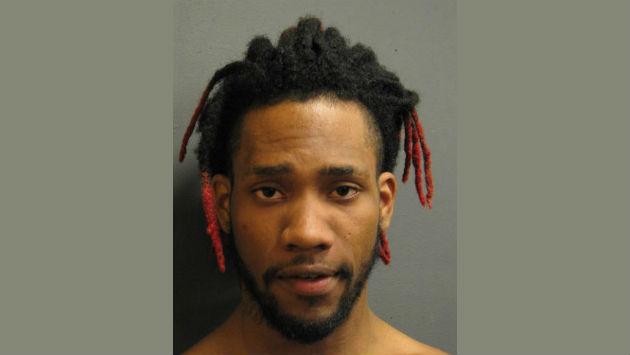 An Evanston man has been charged with robbery and police are seeking a second suspect in connection with an incident late Sunday on Ridge Avenue.

Police Cmdr. Joseph Dugan says an officer on patrol in the 1400 block of Ridge just before 11 p.m. saw two men wearing black hooded sweatshirts punching and kicking another man who was on the ground.

When the attackers saw the officer, Dugan says, they fled northbound on foot.

The victim, an 18-year-old Evanston resident, told the officer the two had just robbed him of his cell phone.

Dugan says the officer managed to find one of the suspects, 22-year-old Maehsh Chisholm, hiding in bushes in the 1500 block of Oak Avenue.

Chisholm, of 2026 Emerson St., now has been charged with felony robbery and felony unlawful possession of a controlled substance, after two Alprazolam pills were found on him when he was taken into custody.

The victim was treated by the Evanston Fire Department for a bloody nose and swelling around his right eye.

Evanston police detectives are seeking to identify the second suspect.  Anyone with information is asked to contact the Evanston Police Department at 847-866-5040 or utilize Text-A-Tip by texting CRIMES (274637) and entering EPDTIP in the message line, followed by the tip information.