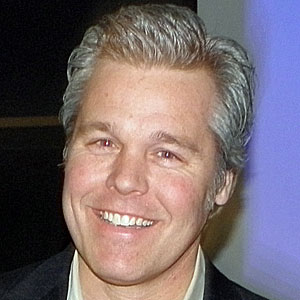 Patrick Hughes, president of Evanston-based Inclusion Solutions, was honored this week by the Points of Light Institute at an event held at the Kennedy Center in Washington that's to be broadcast on NBC television at 8 p.m. next Monday.

The institute, founded by former president George H.W. Bush, recognizes those who have reached out to others and advanced the modern-day concept of service. The evening included musical performances by Bon Jovi, Garth Brooks, Carrie Underwood. Former presidents Bill Clinton, Jimmy Carter and George W. Bush also attened the event.

Hughes, a graduate of Evanston Township High School and the University of Kansas, says he began his commitment to service while still a student at KU when he befriended a disabled young man and brought him to his fraternity house to meet with peers his own age.

That gesture turned into Natural Ties, a campus service organization that reached out to disabled young people and gave them an opportunity to interact with people their peers.   At one time Natural Ties was represented in fourteen college settings.

Hughes went on to found Inclusions Solutions which helps individuals with disabilities to enjoy many of the same services that most people take for granted.

Products include BallotCall which helps disabled voters in the voting process; FuelCall, a device that can be used by gas stations to summon assistance for drivers who cannot reach or use  traditional gas pumping facilities and OrderAssist, found in several Culver’s restaurants.

The OrderAssist device alerts the drive-thru attendant that someone with speech or hearing difficulties wants to use the drive-thru menu.  The driver rings the OA bell and is handed a menu to fill out.

Big Bell, another Inclusion Solutions product, alerts storeowners to the need for assistance in entering stores, restaurants and other businesses.