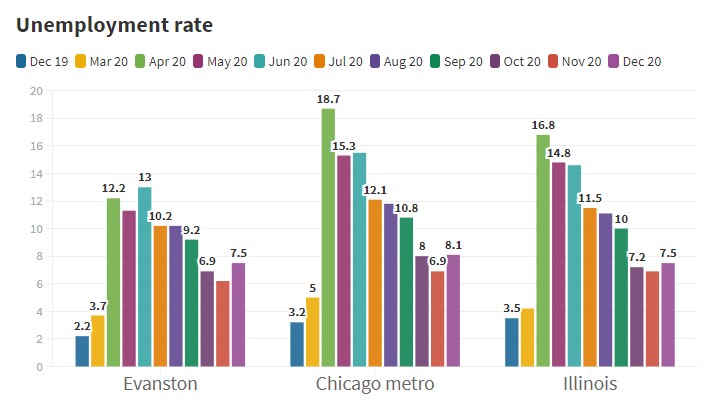 Evanston’s jobless rate rose last month — as did the rates for the Chicago metro area and the state.

Figures released this noon by the Illinois Department of Employment Security show the jobless rate here rose from 6.2% in November to 7.5% in December — paralleling increases in the region and state.

The December rate is the highest here since September and more than three times what it was a year ago, before the COVID-19 pandemic devastated the economy.

The size of the Evanston labor force — those working or actively looking for work — increased by 266 people in December to 37,052. But the number of people who were out of work grew by 517 to 2.790.