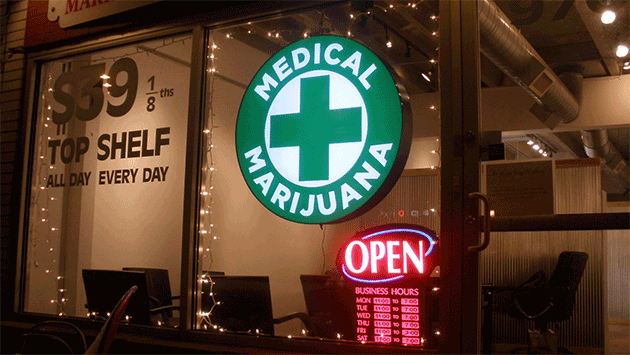 Unlike Chicago and several other Illinois municipalities, Evanston has no plans to impose special zoning restrictions on medical marijuana dispensaries or cultivation centers.

Other suburban communities have either proposed or passed similar zoning restrictions in advance of Jan. 1., when the state's four-year test of a medical marijuana program is set to take effect.

But additional restrictions are not believed to be necessary for Evanston, says the city's  community development director, Mark Muenzer.

When the state legislature approved the program, city staff conducted an analysis to identify areas where the facilities could open, taking into account the restrictions already built into the law, Muenzer said.

Those restrictions cap the number of dispensaries allowed to open at a total of 60 state-wide, and limit the total number of cultivation centers to 22. Additional restrictions prohibit dispensaries from opening within 1,000 feet of a school or child-care facility and prohibits cultivation centers from opening within 2,500 feet of those facilities, and both are prohibited in residential areas.

That's much more restrictive than in some of the other 19 states that have legalized medical pot. For example, in Colorado there are several hundred dispensaries and over 800 cultivation centers.

Upwards of 80 percent of the city is zoned for residential use, Muenzer said, and with the additional restrictions in the law, "there are relatively very few areas in Evanston where they can operate."

The city has received three or four inquiries from individuals interested in opening either a dispensary or cultivation center in Evanston, but "none have moved beyond a cursory phone call," Muenzer said.

If it were to move beyond an inquiry, Muenzer said the city would classify such facilities as medical office use under the current zoning ordinance. And "assuming it met all the restrictions" either facility could open in zoning districts that permit medical offices, he said.

When asked if he believed it possible for either a dispensary or cultivation center to open in Evanston with the state restrictions in place, Muenzer said "all I can go on is the inquiries we've had, and based on that it would seem possible we could have one or two facilities."

Some reports have suggested that medical marijuana could be a growth field for local communities, creating new revenue and jobs.

Muenzer said the city still has the option to create special restrictions if "we needed to have more control where they were located."

"We could introduce that and have City Council consider it," he said.

But for now Evanston officials see no need to propose anything further than what's already dictated under the new law.