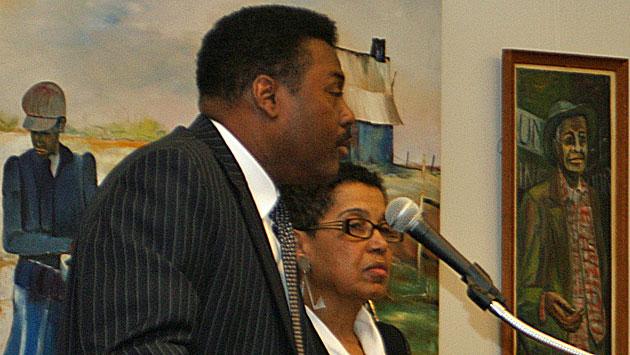 Plans for a soul-food themed Chicken & Waffles restaurant on Evanston's west side got a unanimous endorsement Wednesday night from the city's Economic Development Committee.

"This is exactly what we need," said Alderman Jane Grover, 7th Ward, adding, "I'll be a frequent customer."

Committee members said they were impressed with the detailed business plan presented by the owners, who already operate similar restaurants in Chicago's Bronzeville neighborhood and in west suburban Oak Park.

Operations Manager Darnell Johnson said the two existing restaurants, which have just under 100 seats each, are frequently filled to capacity with long waiting lines.

He said that the Evanston restaurant should do even more business.

He said it will have about 150 seats, including a private dining room that the existing restaurants lack.

"We do a lot of church dinners," Johnson said, and the existing restaurants can't handle ones for more than 20 to 30 people. "When people come to us wanting to have a dinner for 50 people, we just can't do it now."

He also hopes to qualify for a liquor license in Evanston, which the existing restaurants don't have, and anticipates generating additional revenue from that. 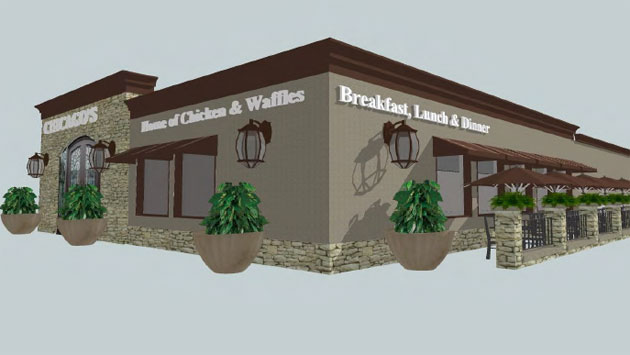 A rendering of the proposed restaurant's exterior.

Committee members practically fell off their chairs when even a long-time critic of city spending, Junad Rizki, spoke in favor of the proposal — saying he was impressed with the money the owners were putting into the project and their well thought-out business plan.

The restaurant is proposed for a now-vacant property at 2424 Dempster St. that previously housed an auto parts store.

Under the plan presented to the committee, the cost of purchasing the building and rehabbing it for restaurant use — totalling about $764,000 — would be split four ways.

The owners would invest $214,000. First Bank & Trust of Evanston would provide a $200,000 five-year, balloon payment first mortgage. The city would provide a $200,000 loan on similar terms secured by a second mortgage on the property. And the owners would also take out a $150,000 loan secured by anticipated credit card receips from Express Working Capital.

Questions were raised about whether the 17 off-street parking spaces provided in the plan would be sufficient for a restaurant of the planned size, but other committee members said they were convinced there is enough under-utilized on-street parking in the area to meet the project's needs.

The plan now goes to the City Council for a vote expected at its May 14 meeting.