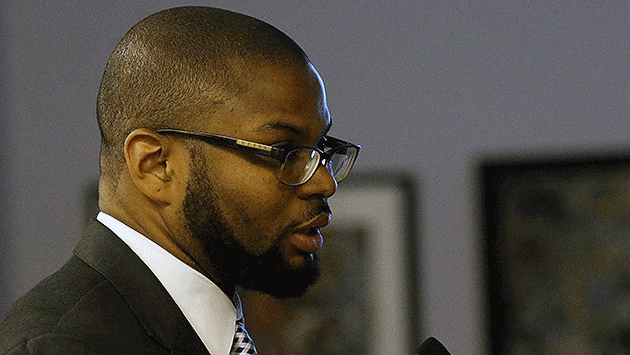 City Manager Wally Bobkiewicz announced the departure "with sadness and pride" in an email message this morning. McRae's last day on the job in Evanston will be Friday, Sept. 11.

Cleveland Heights is a community of about 46,000 residents located just east of the City of Cleveland that is somewhat less affluent than Evanston.

Bobkiewicz said McRae "has served the City of Evanston with distinction since 2008 when he started as the assistant to the city manager."

"In 2010, he was asked to take on a new assignment: the creation of a 3-1-1 system for Evanston.  During the next year, he developed this service that has become the backbone of the City’s community relations and customer service program.," Bobkiewicz added.

"His twelve month project creating the system has been heralded nationwide as a model for starting a 3-1-1 service.  Joe once again took on a new project in 2013, when he was appointed Interim Director of Parks, Recreation and Community Services. This interim assignment transitioned to a permanent job change in November, 2013."

Bobkiewicz said McRae lead a process to "transform and reinvigorate a great department to become a truly outstanding operation serving the needs of all Evanston residents."

"This change for Joe comes one week after the birth of his first child and allows Joe and his wife Brandi to raise their daughter Laila back home in the Cleveland area with family and friends," the city manager added.

Assistant Director of Parks, Recreation and Community Services Bob Dorneker will serve as interim director while the city begins a national recruitment effort, which Bobkiewicz says he hopes will lead to appointment of a new parks director by the end of the year.

The City Council is expected to recognize McRae's service to the community at its Aug. 31 meeting.