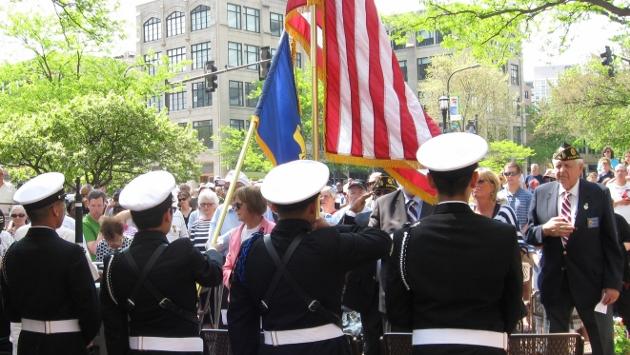 Hundreds of Evanstonians, including government officials and representatives of veterans groups, gathered in Fountain Square in the heart of downtown Evanston Monday morning to remember those who gave their life for their country.

The annual Memorial Day event was held on a sunny day in seasonal temperatures, with names of Evanston veterans killed in World Wars I and II serving as a backdrop for the speakers. 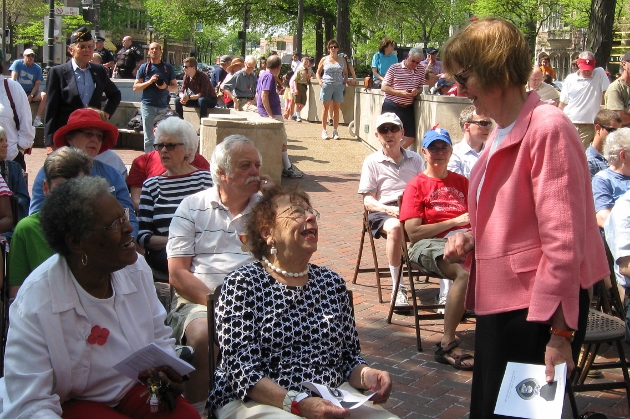 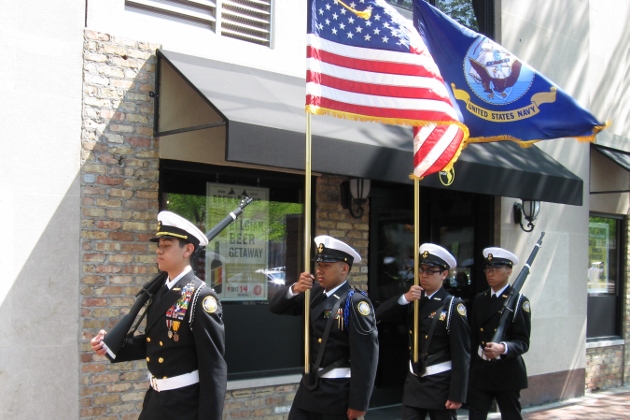 A color guard from Chicago’s Rickover Naval Academy High School presented the colors at the beginning of the program, then crossed Orrington Avenue to give a rifle salute near the end. 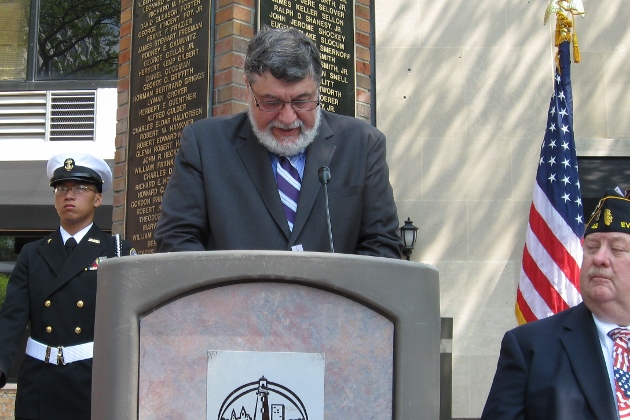 Cook County Commissioner Larry Suffredin, an Evanston resident, praised the holiday as “an action of greatness on the part of this country.”

Referring to the recent controversy over delayed appointments at Veterans Administration hospitals, including Hines VA Hospital in the Chicago area, Suffredin said “we owe it to the veterans to see that the health care they receive is the best.” 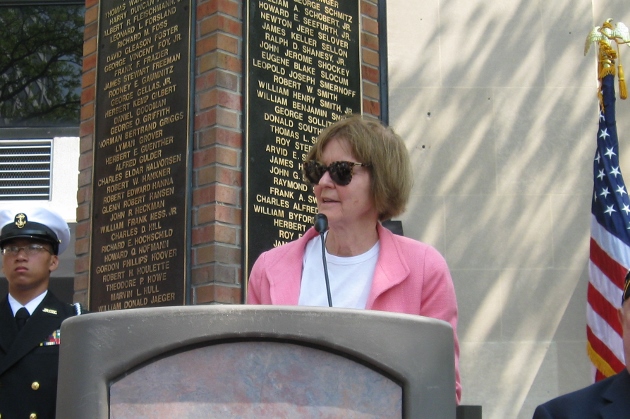 Mayor Tisdahl spoke against a backdrop of names of Evanstonians who died in World War II.

Mayor Elizabeth Tisdahl said that Memorial Day is not just a day off from work in Evanston, but “a day to express appreciation for the bravery, sacrifice, and courage” of members of the armed forces.

“To all our veterans,” she said, “we thank you for all that you have done for us.”

Hal Shanafield, commander of the local chapter of VietNow, paid special tribute to wounded veterans, some of whom are “dying slowly from their wounds, yet do not have a day to honor them.” 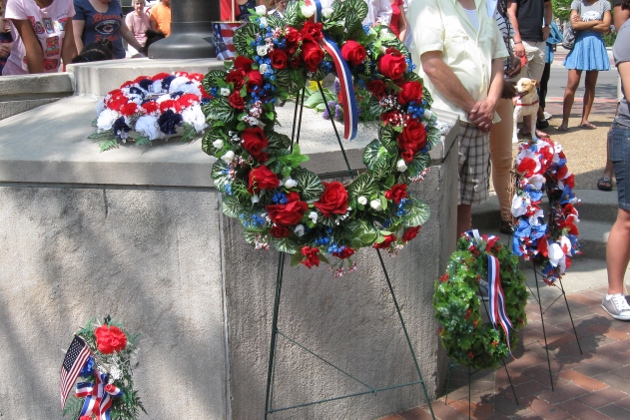 Wreaths were laid by representatives of various local veterans groups.

Prior to the closing invocation by Chaplain John Russo of the American Legion post, taps was performed by Evan Foley of Troop 3 of the Boy Scouts.

Following the ceremony, the Legion hosted residents to a reception at its post adjacent to the Chandler-Neuberger Community Center on Central Street.