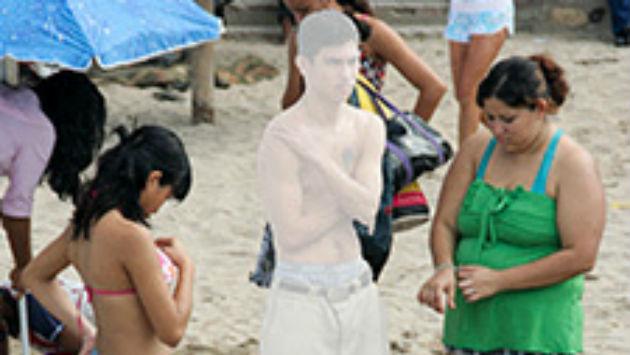 Evanston photographers Anthony Iacuzzi and Verna Todd are featured in an exhibit next month at Perspective Gallery, in the 1300 block of Chicago Avenue.

As Iacuzzi, a fine arts photographer and graphic designer, explains it, the human figures in his images are depicted in a way that obscures many of the external qualities by which people are normally identified, judged, and categorized.

Yet, he said, “the body shape and cues that remain communicate a surprising amount of information about a person. Moreover, when the human mind is deprived of those normal visual cues, it is likely to fill in what’s missing from prior experience.” 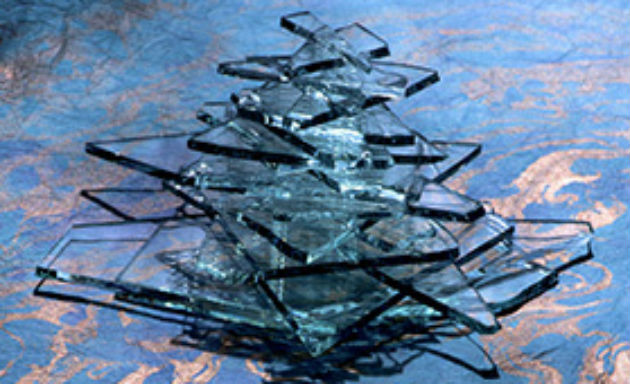 A 'shattered' image by Verna Todd.

Verna Todd’s portion of the exhibit, titled “shattered,” was inspired by a photograph she made years ago of a shattered pane of glass.

So she deliberately broke pieces of glass and set about photographing them, hoping to create lovely patterns. But as the project progressed, she explained, she began to think less about patterns and more about the things that shatter in our lives-–from windows and vases to relationships and dreams.

While her project got depressing at first, she admitted, she eventually realized that “most of us don’t stay shattered.  We make it through.  We may even look back and see that we went forward with a new sense of who we are.  We may find that we picked up the pieces and made something beautiful.”

It was this journey, she said, that became the subject of the photographs in her exhibit.

Todd has exhibited in such venues as The Photography Center Northwest in Seattle, Woman Made Gallery in Chicago, the Koehnline Museum of Art in Des Plaines, and the Smith Theatre Gallery in Detroit.

A conversation with the artists will take place on Thursday, Aug. 18, at 7 p.m. All events are free and open to the public.